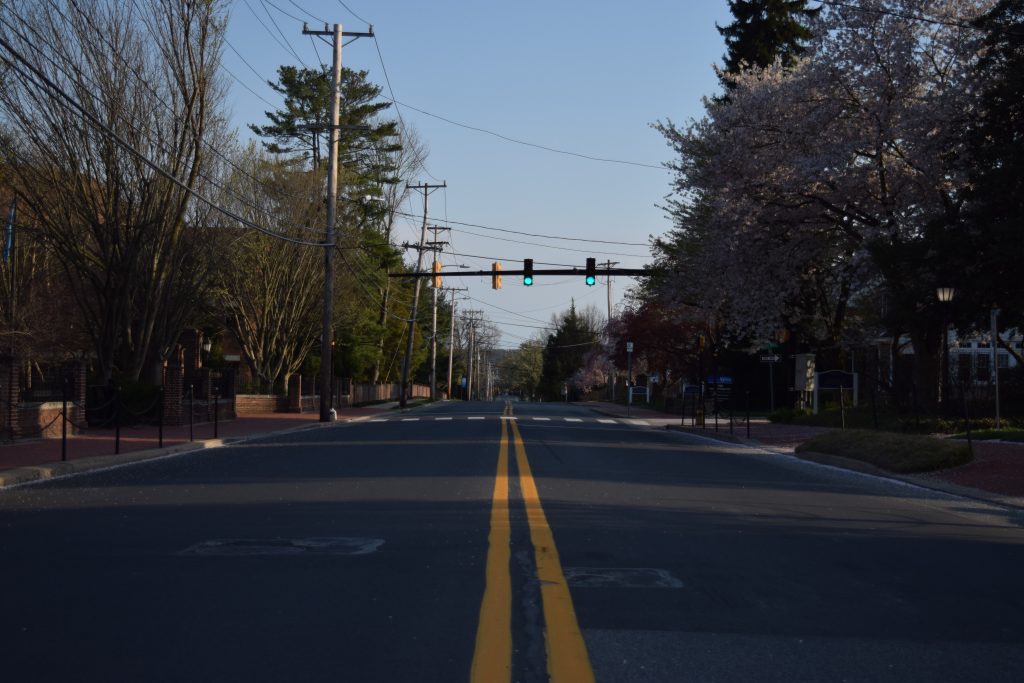 Any other year, many would see the bond between the Newark community and the university as mutually beneficial overall.

However, with the potential for COVID-19 cases from college students to spread to the surrounding Newark community via restaurants and other community resources, that relationship has gotten more complicated.

Based on the reporting of COVID-19 cases in Newark on the Delaware Health and Social Services (DHSS) website, the city of Newark appeared to see a surge in cases in late February, reflecting the surge in the university.

On March 3, the DHSS website reported a high of 44.7 average cases per day. On February 26, the city recorded the highest number of actual cases in a 90-day period, with 76 new positive cases that day.

In the same window, the university saw an increase of 324 cases in the week of February 21.

When comparing Newark and the university’s COVID-19 data, it is important to note that Newark’s COVID-19 data includes university students who live within city limits rather than those who don’t.

“The University of Delaware reports all test results to the Delaware Division of Public Health [DPH]Jim Lee, the community relations officer for the Department of National Resources and Environmental Control, wrote in an email. “However, not all university-related cases may come under the 19711 zip code. Students can live off campus or be remote and within zip codes outside of 19711, where campus is located. Hence, it would not be correct to equate all University of Delaware cases with 19711 or even the city of Newark when individuals live outside the city limits. “

Lee also noted that the timing of the cases being reported to DPH and processed for statistical reporting may result in differences in reporting for certain data between the university’s COVID-19 dashboard and that of the state.

Still, the city and university seem to be seeing similar trends in COVID-19 cases – recently with cases falling over the past few weeks.

Although the university appears to be recovering from its COVID-19 surge and Newark police reported a “relatively quiet” St. Patrick’s Day, the city council has not indicated that these ordinances will change anytime soon.

Nutley Man among six new deacons ordained for the Archdiocese of...

Remember Newark’s past and work for our future

Newark man gets stabbed 31.5-37 years in prison for September