This is the second of three public works of art commissioned for the second phase of the Four Corners Public Arts program. Amid the COVID-19 pandemic, the partnership revolved around funding artist projects that focused on building communities through art. as a way to emphasize togetherness and our collective resilience.

The Newark Artist Photo Documentary Project is an initiative highlighting multidisciplinary Newark visual artists and creating an archive of legacies, artists, and contributions that have defined our local creative community for the past century. A full archive of nearly a hundred portrait sessions is available online at www.newarkartsphotodoc.com. This mural shows six larger-than-life portraits by the artists João (Juno) Zago (2018), Paula Neves (2018), Noelle Lorraine Williams (2013), Bisa Washington (2015), Nell Painter (2013) and Cesar Melgar (2018). 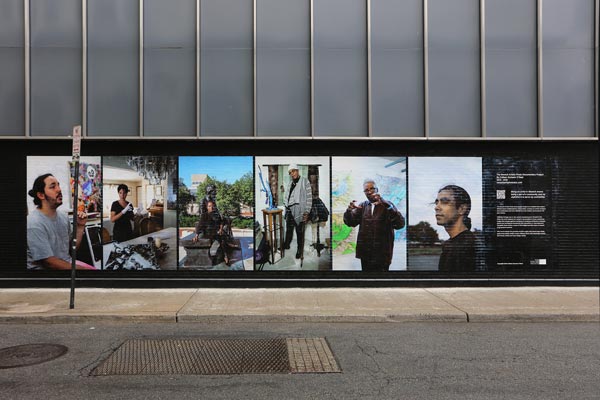 “I am very excited to be part of the Newark Artists Photo Documentary Project, a unique and valuable index for Newark art and artists. Newark’s place in the art world is growing in importance as we claim our place in art history, ”said Nell Painter, artist featured in the new mural.

The project began in 2013 when the artist received a $ 600 grant from the Puffin Foundation. Witnessing a rapidly changing city, O’Neal felt a call to action to record the people and spaces that add to its structure. Using two old Jem Jr. boxing cameras made in Newark in the 1940s, O’Neal captured their subjects in blurry, mysterious images that emerged against the backdrop of disappearing architecture, forgotten places, and workspaces that were being demolished or were threatened with redevelopment. In addition to these works, a number of vivid digital portraits shape these artists in the present moment.

“This mural is a dedication to the Newark artists and their work. The aim is to create an access point for people interested in the city’s rich art history and broad circles of talented artists, of whom the project is only just beginning to scratch the surface. As Newark is evolving precisely as an art city, this project focuses the artists, their work and their stories on this narrative, ”shares the artist Colleen Gutwein O’Neal.

Four Corners Public Arts was launched in 2019 through a public-private partnership set up to support public arts initiatives in the Fours Corners Historic District in Newark. The partnership includes the City of Newark, Invest Newark, Newark Arts, the Newark Downtown District, Paramount Assets and the RBH Group. The partnership grew out of a shared interest in serving undervalued areas of the city through the arts, with the aim of creating a creative community space for everyone. At a time when Newark is experiencing significant change, the partnership believes it is imperative to create opportunities that empower the local creative community. 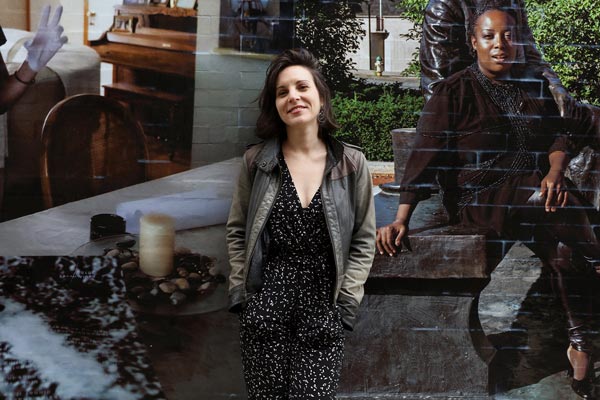 The mission of Newark Arts is to make the arts change lives. Founded in 1981 as the Newark Arts Council, the organization aims to become a nationally recognized catalyst for the collaborative power of the arts in the city of Newark and urban America. Newark Arts is the producer of Newark Creates, a community-led citywide cultural plan created in partnership with the City of Newark. Newark Arts’ key initiatives include Arts Education Newark (AEN), the ArtStart Community Grantmaking program, and the Newark Arts Festival. Newark Arts is generously supported by Prudential Financial, the City of Newark, M&T Bank, PSEG, Geraldine R. Dodge Foundation, Victoria Foundation, Turrell Fund, Bank of America, New Jersey State Council on the Arts, and the National Endowment for the Arts supports. Verizon, United Airlines, Hanini Group as well as individuals, companies and institutions.

Newark County is going to court to withdraw the building from...

With the brand new app, Newark is making the recycling program...