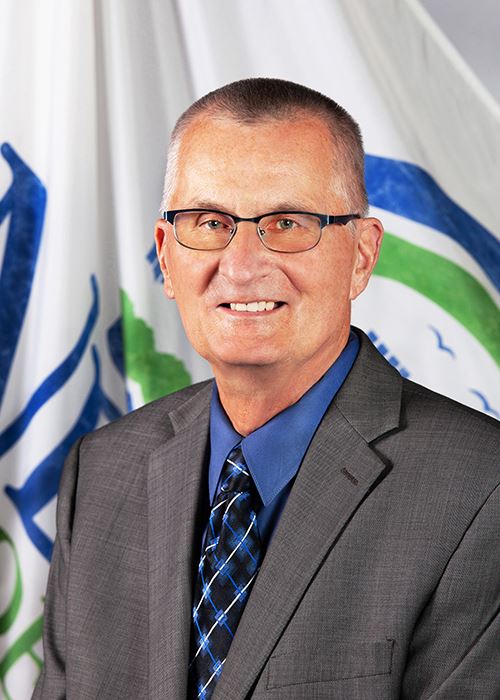 Newark’s Mayor Jerry Clifton
Courtesy of the City of Newark

In the past two years, about half of which have been affected by the pandemic, Newark’s Mayor Jerry Clifton has seen highlights and challenges.

“It was a pretty surreal experience to know that you are in a leadership position during one of the worst crises in American history that is sure to impact every city and place in the nation and every person in the nation,” said Clifton. “It was an experience that I think previous experiences, especially military experiences, helped prepare me for it.”

Clifton said that as the pandemic began, he realized what sources he could safely rely on for information.

“Everyone wanted to do what I call ‘the talking hedge tour,’ or on the various news programs, and talk about what they saw as the so-called correct information [or] correct information, ”said Clifton. “I realized early on that I had to take my pointers from the CDC and the State Department of Public Health, and they were the only two I could rely on for good, unbiased information that was useful in making decisions. “Within Newark.”

According to Clifton, some of the other challenges he faced as mayor related to the diversity of Newark, particularly the lack of diversity in the businesses on Main Street.

One way Clifton has sought to improve Newark’s diversity is through the city’s recently established Diversity and Inclusion Commission, which is currently recruiting. Clifton said anyone with Newark affiliations is eligible to apply; you don’t have to be a resident.

“I recently got a diversity commission, among other things,” said Clifton. “That was approved the other night and we are soliciting motions for [those people, which do] You don’t have to be Newark residents, you must have a Newark tie. For example … if a student is from New Jersey and it is because of funding and other issues, the fact that he is a University of Delaware student is a Newark tie and that would qualify him to sign up for the diversity [and Inclusion] Commission.”

Establishing the Diversity and Inclusion Commission is just one of Clifton’s accomplishments over the past two years. He also mentioned that the city council meetings had become more accessible to the general public, an issue that was close to his heart.

“We now have four sessions a month [and] the longest meeting should not go beyond 10:00 [p.m.]”Said Clifton. “That was something that really got me excited, because even if a meeting lasts until 11:00 am [p.m.], there are a lot of people who want to attend, give their opinion etc, but if you get up after 10:00 [p.m.]”You like the hours when people would rather be home to rest or sleep and go to work the next day.”

Another accomplishment that Clifton mentioned was the purchase of three electric vehicles as part of Newark’s greener drive that he was interested in before the pandemic.

“In October 2019, Porter Nissan loaned us an all-electric Nissan Leaf and I and other employees had the opportunity to drive it,” said Clifton. “We were very impressed with the range of the vehicle … it goes quite a long way. Anything we would need in Newark in general, even if you were going to Dover, would be more than enough range. So we recently bought three electric vehicles and we’re starting to convert our fleet to electric vehicles where possible. “

Turning to the summer and coming fall, Clifton said the obvious overarching problem facing his administration was the COVID-19 pandemic, which particularly encouraged Newark residents and students to continue wearing masks and getting vaccinated.

“I think the vaccinations in the City of Newark, and maybe even the Greater Newark area, are going really well,” said Clifton. “I know Newarker went to Milford and Dover to get their vaccines. One thing [I spoke with the governor about] got vaccination sites, maybe an example [would be] Dickey Park at Madison Dr. and the areas of Newark that may not have cars or the gasoline to go to Dover or Milford … So I hope the state can get some vaccination sites into Newark, especially those endangered neighborhood. “

Clifton said a plan is being drawn up by City Manager Tom Coleman that could potentially reduce the restrictions on the Emergency Ordinance based on the current COVID-19 numbers.

“Tom Coleman is working on a plan with a matrix; as long as the numbers stay below a certain point, we [can] Over the next four, five, or six weeks, see where we can likely get fewer [the restrictions] and only have the matrix there [but] If the numbers go back up, the restrictions will come back into effect, ”said Clifton.

The university’s intention to fully reopen in the fall could potentially impact COVID-19 numbers. However, Clifton was optimistic about the current plan.

“I recommend [the university] for really going that direction, ”said Clifton. “We have to stay [optimistic] that people are doing the right thing, the numbers will go down, and we can resume our normal activities and I think this is important in giving people that glimmer of hope that when it is safe to do so, they will open up again and so on because I know … the university … lost a lot of money … So, I think it’s really important that they open up again, and I know that when they open up fully again it will be a very alright secure environment and there will be logs to keep everyone safe. I definitely support that. “