The iconic marquee at Newark Symphony Hall, which once greeted motorists coming to Newark from U.S. Routes 1 and 9, has been missing for about two years – ever since a car slammed into the bars that hold it up.

Now the historic venue has plans for a new entrance that will serve not only as a visual marker for Broad Street, but also as a beacon for Newark’s creativity. The new design plan from Trenton-based architects Clarke Caton Hintz includes street scenes and an illuminated dome tent to welcome both concert-goers and motorists.

“With the help of heritage conservation experts, Clarke Caton Hintz, and our broader project team, we will revitalize our corner of Broad Street while modernizing and honoring our historic venue, an anchor institution for the city,” said Newark Symphony Hall President and CEO Taneshia Nash Laird.

The former marquee at Newark Symphony Hall before it had to be dismantled when a car slammed into the bars. William Perlman | NJ Advance Media for NJ.com

The new design plan is part of a five-year, three-phase, $ 50 million project that is slated to be completed by the venue’s 100th birthday in 2025. Newark Symphony Hall also received a New Jersey Historic Trust Grant of $ 750,000 last year.

Newark Symphony Hall was closed during the pandemic, but a new career accelerator program called The Lab has started and will be staging Richard Wesley’s “Black Terror” this fall.

The venue at 1020 Broad St. (renamed Mayor Kenneth A. Gibson Boulevard about two years ago) was built in 1925 and listed on the National Register of Historic Places in 1977. The new marquee pays homage to an old marquee stood at the venue in the 1960s and 1970s. 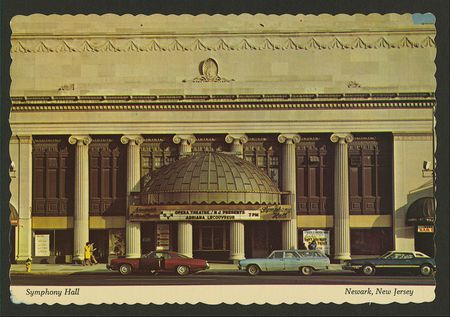 A similar translucent marquee marked the facade of the Newark Symphony Hall in the 1960s and 70s.Courtesy Clarke Caton Hintz via the New York Public Library

“Our idea behind the entrance roof / dome is to think of it as a delicate but bold structure, a kind of beacon that lights the entire entrance sequence and invites everyone to come in,” said John Hatch of Clarke Caton Hintz. in a statement. “The curved glass and chevron shape of the dome as well as the creative street scene make the hall a collecting agent and certainly one of the most unique and historical attractions in the city.”

The design also includes a space in front of the hall to act as a zebra crossing and large “NSH” letters on the sidewalk. Each letter in the abbreviation contains a word cloud made up of the venue’s outstanding musical performances.

Bike paths are also part of the design. 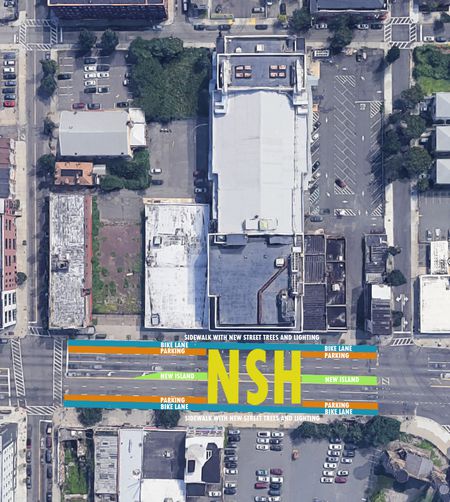 The Rolling Stones, Jimi Hendrix, Bob Dylan and Aretha Franklin are just a few of the artists who have performed at the Newark Symphony Hall. The venue was formerly called the Mosque Theater.

Newark Symphony Hall also plans to improve the space by up to 50,000 square feet, including reactivating an entire floor of the hall that has been inactive for more than 30 years. The design plans also provide for restaurant areas on the ground floor.

The venue’s management expects the renovation to be funded through philanthropy, historical tax credits, and other state and federal programs. A volunteer committee made up of Goldman Sachs and Facebook members was formed last fall to help Newark Symphony Hall meet fundraising goals. 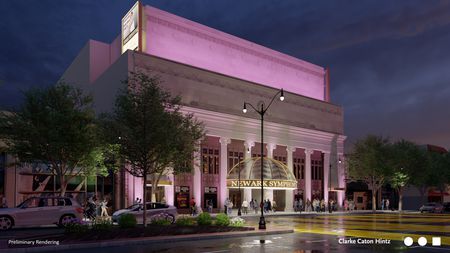 Another angle on the design plans for the exterior of Newark Symphony Hall.Clarke Caton Hintz

The building is owned by the City of Newark and is operated by the nonprofit Newark Performing Arts Corporation. It is located in a Federal Opportunity Zone, a designation that allows investors to receive tax breaks to encourage investment in specific areas.

The renovation will boost employment growth and involve people from across the state, including blacks, indigenous peoples and coloreds (BIPOC), the venue’s president said.

“With immense determination and collaboration at the city, state and federal levels, we know this will be a monumental project that will fuel job growth and engagement, especially for BIPOC artists and individuals in our great city and throughout Tristate Area, ”Laird said. 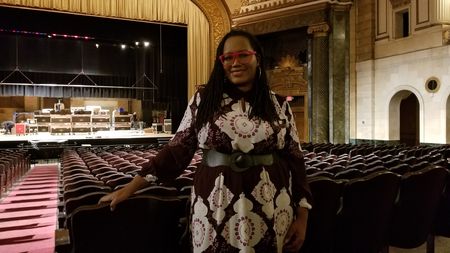 Taneshia Nash Laird is President and CEO of Newark Performing Arts Corporation (NPAC), the organization that operates Symphony Hall. City officials are confident she can restore the iconic event venue, which will cost $ 40 million to renovate. (Marie Thompson)Marie Thompson

Some election day bites in Newark, but not on the “Super Poll Site”

Opinion: Newark’s Tubman Monument repeats the mistake it was supposed to fix

Bulk procuring is again and that is a superb factor –...

The Mayor of Newark underscores the city’s efforts to narrow the...