Newark Homelessness Czar Sakinah Hoyte held back tears when she shipped a crowd using seven converted shipping containers to accommodate 24 residents with no addresses for a 90-day pilot program.

“We have been able to do the impossible to build a beautiful, dignified and safe sleeping village rooted in love for our most vulnerable residents,” Hoyte said on Monday as she and other officials announced the opening of the site.

The urban property on Newark Street has been vacant for years but was named Newark Hope Village on Monday. City officials hope this will serve as a stepping stone for some of the most vulnerable identified by the city to move from the likelihood of dying from homelessness to securing permanent shelter.

“[This is] Part of a larger plan to rid Newark City of people who have to live on the streets because they have run out of space, “Mayor Ras Baraka said,” because the accommodations may not be safe or appropriate, or because they really feel as if they don’t want to be in these places. So this is becoming very important today. “

The system consists of seven shipping containers with 20 dormitories that have a bunk bed, heater and a small chest of drawers. Two structures on site have shower rooms.

Up to 40 people can be accommodated on the premises as there are bunk beds in each room. The shelter is also used for people displaced by fire or floods. Part of the space is also provided for those who need shelter in cold weather. Code Blue Alerts. 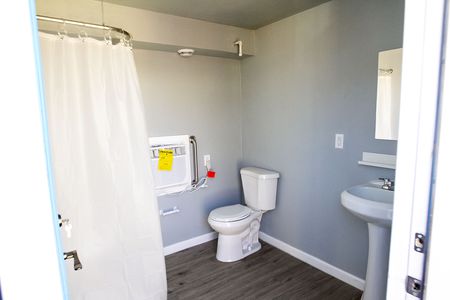 The residents of the village will receive vouchers from the Newark Housing Authority upon completion of their stay so that they can secure permanent housing. The site will remain in place after the pilot program ends, but additional funding will be needed to keep operations going.

The project cost $ 900,000 and was paid for with funds from the Federal CARES Act, Cold Blue grants and city dollars, Newark officials said. The pandemic has made single-room shelters more necessary, and the city has used federal grants to place hundreds in hotels to help stop the virus from spreading.

Beds in traditional emergency shelters have also declined during the pandemic, partly due to extremely cold weather this winter and economic difficulties from the coronavirus. 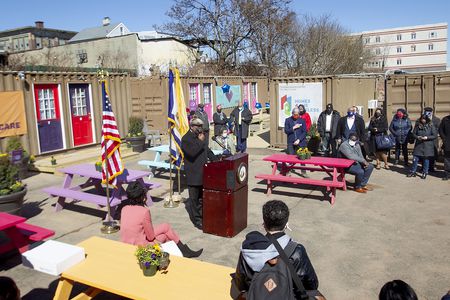 Newark Hope Village was designed by a California-based nonprofit called Homes 4 the Homeless and built to the code of Custom Containers 915, a Texas company. Homes 4 Vice President for Homelessness Mike Loganbill said he and his team spent a month in Newark building the project, which has seen numerous slowdowns due to the snowy weather and coronavirus.

“Our mission is really to provide as affordable housing as possible so the money can go where it is really needed: in support services – around services – to really help the people who need it,” said Loganbill .

United Community Corporation provides support services to residents of the site. Many who will stay in the village are people who frequent the Penn Station corridor, city officials said. 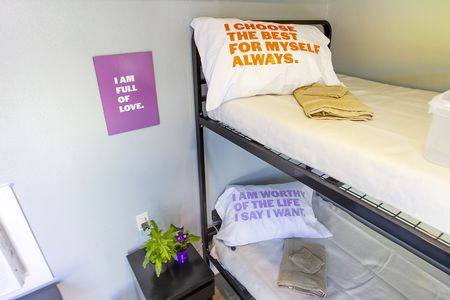 The Newark Working Kitchens, where restaurants pay to prepare meals for the most needy, serve lunch to residents each day of the program. Other partners also helped launch the website, including Project for Empty Space, Rorschach Collective, Project My Brother’s Keeper and UCC YouthBuild.

“I have a little tears in my eyes,” said Rogers. “That was a huge collaboration.”

The project was also lauded by at least one activist, Munirah Bomani, who has long criticized the city’s response to homelessness. But she says she still wants elected officials to do more.

“After all, the millions of dollars allocated to homeless prevention will be put to good use under the leadership of (Homeless Tsar Sakinah Hoyte),” said Bomani. 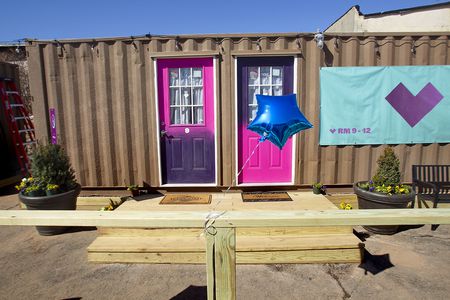 Newark Hope Village is just one of several initiatives the city launched over the past year to tackle homelessness. The city is planning to open a homeless shelter on the site of a former school and has pledged $ 2 million to developers to build 100 permanent housing units for the homeless.

Some election day bites in Newark, but not on the “Super Poll Site”

Opinion: Newark’s Tubman Monument repeats the mistake it was supposed to fix

Newark officials stumble upon cannabis when inquiring about stolen caravans from...

Daily vegetables have arrived on the main drag in Newark! ...