Newark plans to convert a former hospital into a high school where students can study architecture and train to become plumbers and electricians.

The architecture and interior design school is expected to open in September 2022 on the site of the former St. James Hospital in the East Ward. Officials say the new school will reduce overcrowding in the community’s only existing high school. The district will lease the privately owned land instead of building a new campus.

The plan continues the rapid expansion of the district, providing greater opportunities for local families and potentially attracting students from private and charter schools to the district. And it adds another career-oriented high school to the list of Newark Public Schools, in keeping with Superintendent Roger León’s focus on preparing students for careers and college.

“We believe this will be an absolutely incredible school for the kids here in Newark,” León said during a hearing on Thursday about the plans, “and it will open up incredible opportunities for them.”

A representation of the proposed high school after the building was renovated. Newark Public Schools

The new high school offers concentrations in architecture and crafts, including electrical, plumbing, and HVAC, including heating and cooling systems. Students who focus on the craft will train under the district’s own skilled workers, officials said Thursday. The school also offers a course for seniors who wish to acquire New Jersey real estate licenses.

The vocational courses introduce students to well-paid professions. The average salary in New Jersey is $ 83,600 for architects and over $ 71,000 for plumbers and electricians. This is based on government data from 2018, the last available year.

Yambeli Gomez, a school board member, said the school was a perfect fit for the East Ward, also known as the Ironbound area, where many residents are day laborers who work in construction.

“It’s so convenient,” she said. “If you know this field, you know that there are already many craftsmen.”

The former hospital at 155 Jefferson Street closed in 2008 and has been empty for years. What León referred to as an “eyesore” is likely to require significant renovation.

The district plans to lease the building for an estimated $ 3 to 5 million per year, said Jason Ballard, the district’s assistant school administrator. The lease would be for 20 years. At that point, the district could extend the lease or buy the building. 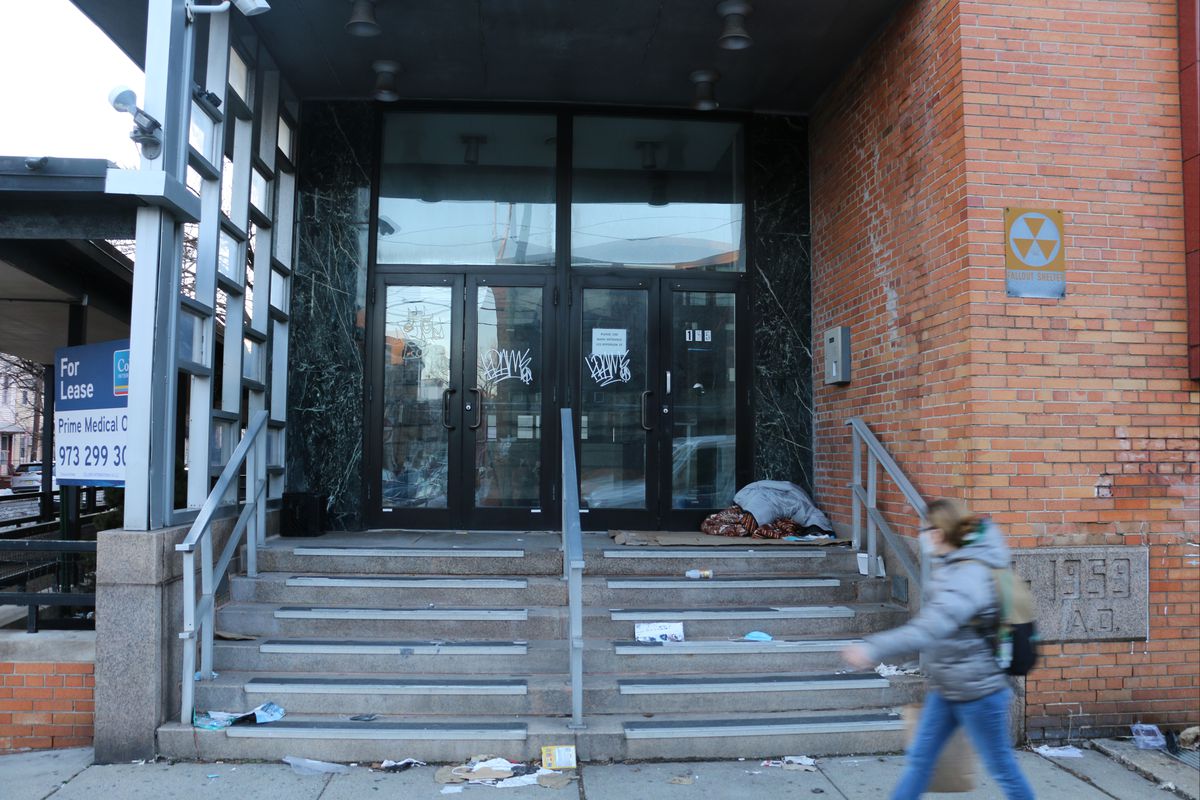 The former St. James Hospital, which closed in 2008, will have to renovate before reopening as a school. Patrick Wall / Chalkbeat

Ballard says leasing is cheaper than building a new high school, which according to construction plans in other cities in New Jersey costs an average of $ 134 million.

The Ironbound section is home to many immigrants and a large Portuguese and Spanish speaking population. She only has one high school, East Side. With more than 2,000 students, it is by far the largest of the district’s 15 high schools and severely overcrowded, said board president Josephine Garcia, who welcomed the new high school.

“I think that was long overdue in the East Ward,” she said. “This will definitely help alleviate the pain for the families in this community.”

The proposed high school would add a number of new district schools, including two that launched this school year and three more due to open this fall. As part of León’s drive to revitalize vocational education in the district, the new high schools will offer courses in information technology, fashion, culinary arts and other areas. The district has also revised the professional programs at its comprehensive high schools.

The expanded list of new schools was lauded by families looking for more opportunities, and residents were delighted with the district’s growth after former superintendents closed schools and sold empty buildings.

However, the district’s rush to buy more space and build new schools has also raised questions about how it will fund the expansion and fill the hundreds of new seats. The pandemic has put a further strain on the district’s tight budget, and the district has not provided data showing a large influx of new students.

Some parishioners have also questioned why the district is opening new high schools when many of its existing schools are insufficiently enrolled and in need of extensive repairs. At Thursday’s hearing, some residents asked if the school would be open to students outside of the East Ward.

León said students who live in any part of the city can apply for the new high school, which opens with 260 ninth graders in 2022, before ending with 960 students in 2026. Officials did not discuss the school’s admission guidelines on Thursday. But the other new high schools are accepting students based on their grades, attendance lists, and test scores, and attracting complaints from some residents who say the schools should be open to everyone.

Despite these questions, families are sure to celebrate the school’s arrival, said Zee Oliveira, a longtime East Ward resident who runs the Ironbound Boys & Girls Club. She has seen how overcrowding in local schools has forced many families to send their children to classrooms across the city.

“I’m so glad to think another high school is coming here,” she said. “The Newark kids deserve it.”

Hobby photographers want to celebrate Newark’s diverse beauty. This is what it looks like.

The Mayor of Newark introduces a guaranteed basic income program for...

The impact of food access on life expectancy in Newark-Granville