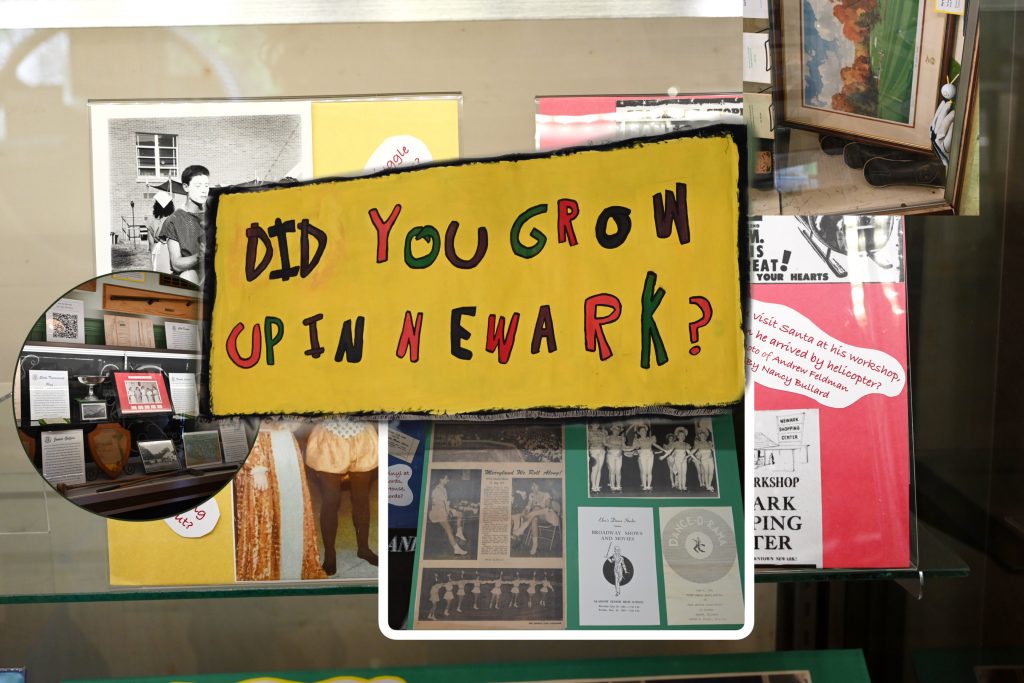 In the off-season, the Newark History Museum curates new exhibits.

Mary Torbey, the museum’s collections maintenance team leader, said the exhibitions traditionally change each season to allow residents and visitors to see new and different collections. For the 2021 season, the museum has presented two new exhibits: 100th Anniversary of the Newark Country Club and “Did You Grow Up in Newark?”

According to Torbey, the museum worked with university students on these exhibits during the off-season. Claire Bullard and Morrigan Kelly helped design and assemble the exhibits.

Torbey said the museum was approached by the Newark Country Club to work together for its 100th anniversary.

“This year we were actually approached by the Country Club because they were celebrating their 100th anniversary and they wanted to see if we could work together to display some of the country club’s artifacts and share the anniversary with the wider community “Said Torbey.

According to Torbey, the Newark Country Club loaned the museum most of the items in the exhibition. The artifacts have never been shown to the public as they were only on display at the country club.

“The Newark Country Club loaned us pretty much anything that was in the country club exhibit, and those are things that were on display in the clubhouse but were never shown to the public,” said Torbey. “This is the first time the general public can see some of these objects. I’m sure most people in public don’t know that … the clubhouse itself was originally a converted barn. “

Torbey said some of the items on display were an oil painting of the original Newark Country Club, a putter that belonged to a former country club golfer named Mary McDowell, photographs and a mannequin depicting a modern day golfer at the country club.

“One of my favorites is… a portrait of Joe Aneda Jr.… the country club’s pro golfer was from [1952-1976]”Said Torbey. “The portrait was made by Tubby Raymond, whom everyone knows [was a] Football coach at the University of Delaware. “

The “Did You Grow Up In Newark?” Exhibit, originally called “Growing Up in Newark”, is a collection of objects and photographs designed to evoke nostalgia for those who grew up in the area. Instead of long explanations of objects, the exhibition consists of a series of questions related to the experience of growing up in Newark.

“The idea is that we want to show several different objects from different time periods that bring back memories of growing up in Newark,” said Torbey. “We covered decades from the 1920s to the 1990s, and instead of giving a lot of explanations about the artifacts, we just wanted to try to stir people’s memories and get them to think and discuss what it means to grow up in Newark specifically , what was? It’s special about growing up in Newark. “

According to Torbey, the idea to turn the exhibit into a discussion-based exhibit came from a volunteer named Beth Over.

“Some of the other volunteers came along, notably a volunteer named Beth Over who came up with the idea,” said Torbey. “She pulled a shoehorn from Pillnick’s Shoes, a famous Main Street shoe store that sold children’s shoes, and said, ‘We should have a sign next to it that says,’ Do you have your Buster Browns? Pillnick’s? ” ‘And so the whole idea was just the beginning … so each of the exhibits has a little question next to it. “

Some of the items featured in Did You Grow Up in Newark? The exhibit includes a mannequin wearing local swim club clothing, a Wonderland Records t-shirt, pictures of Santa Claus visiting the Newark Shopping Center, and a photo from a 1924 Newark High School trip to Washington, DC Museum archives, that have been donated by people since the museum opened in 1989.

“The museum was founded in 1989 and people have been donating things ever since; So we just reached into our archive and pulled out things that were donated to us during the course [of several] Years trying to find things that were representative of a youth in Newark, Delaware and trying to represent many different decades, ”said Torbey.

The Newark History Museum is located at 429 South College Ave and is open on Sundays from 2:00 p.m. to 5:00 p.m. and by appointment. Admission is free.

The report provides a snapshot of the impact of the pandemic...

McDonald’s restaurants in Newark and Ollerton are open despite national animal...