From a better happy hour culture to Shake Shack

Pizza that tastes like what you get on the East Coast and in Chicago.

Readers said “better pizza” was the No. 1 thing missing from the S.F. food scene. Some wanted better deep dish with thinner crust, while others asked for more slice options. And again and again they wrote, “like what you get on the East Coast.” Pictured: a Margherita from Tony’s Pizza Napoletana in North Beach, which many consider to be the best spot for pizza in S.F. 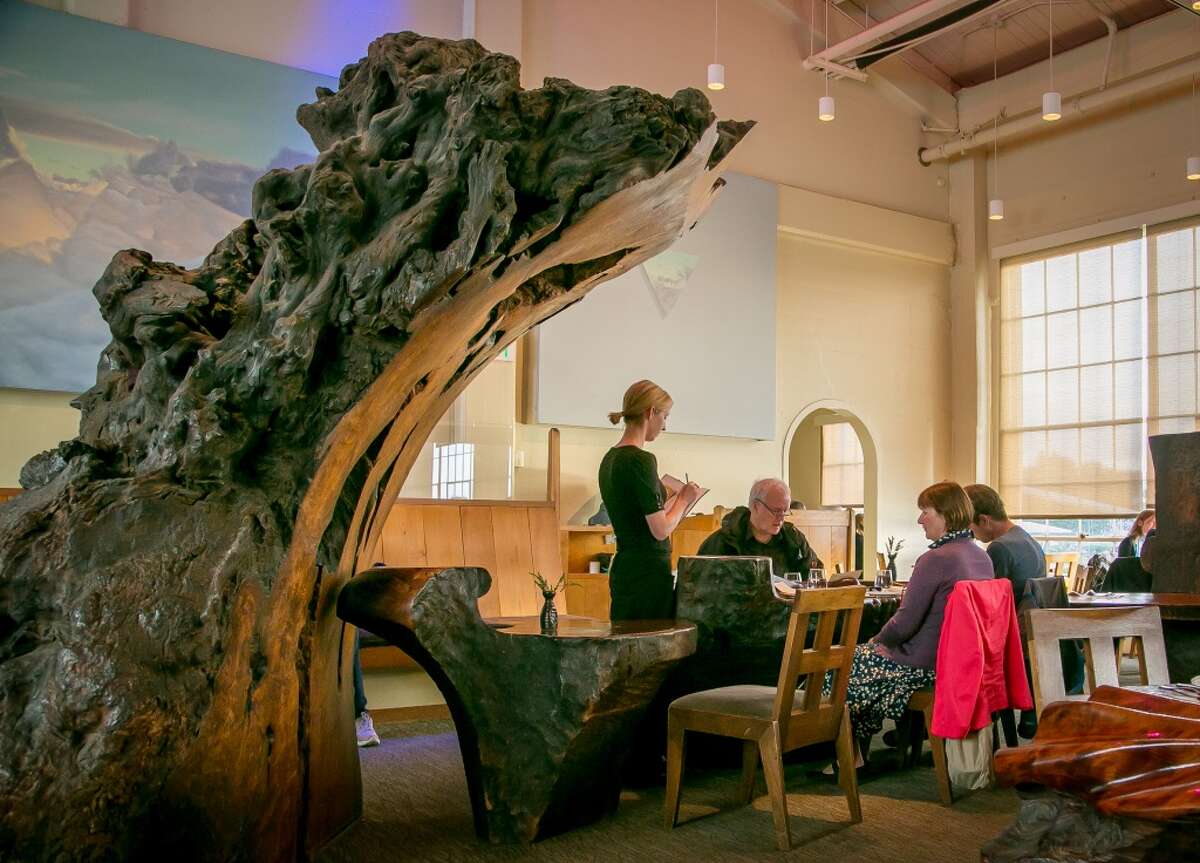 Any vegetarian would agree that more options with inventive food are needed. Greens is S.F.’s best known option. S.F. Chronicle restaurant reviewer Michael Bauer removed the long-time establishment from the Top 100 Restaurants list in 2016 because, while he recognized it was a pioneer when it opened in 1979, he found the food had lost its edge. 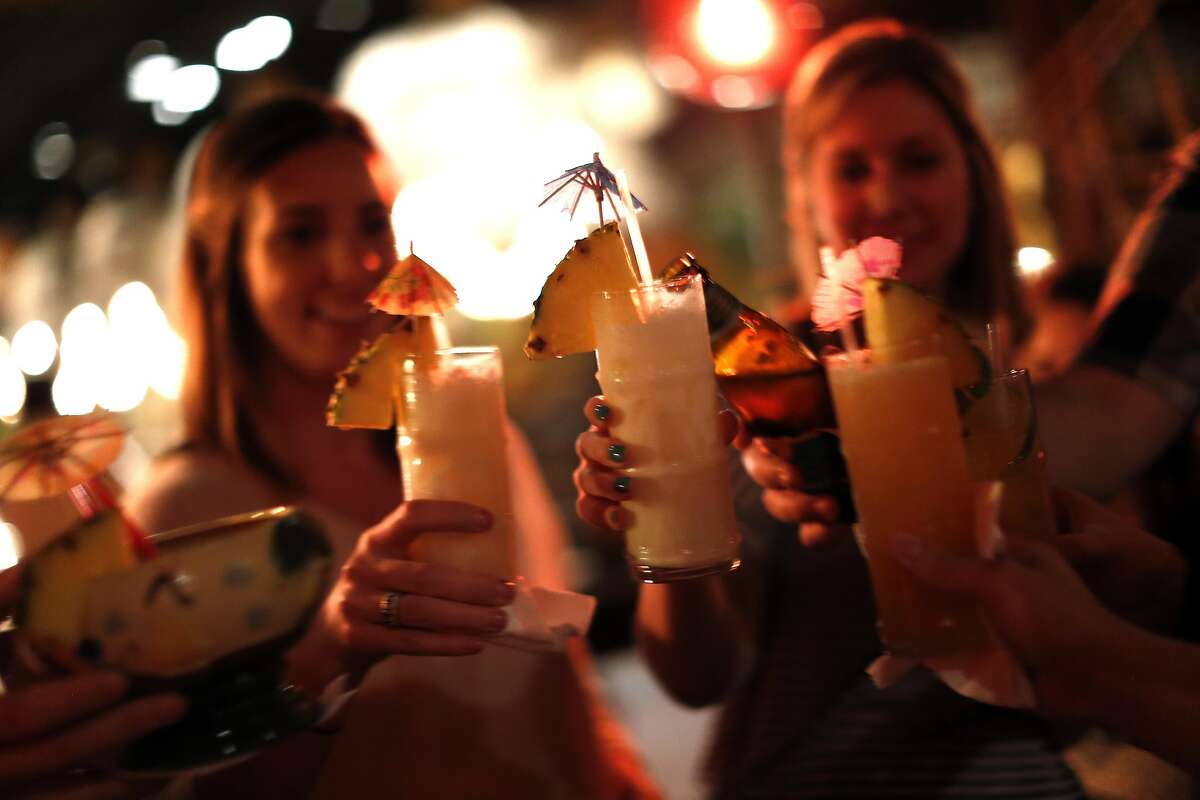 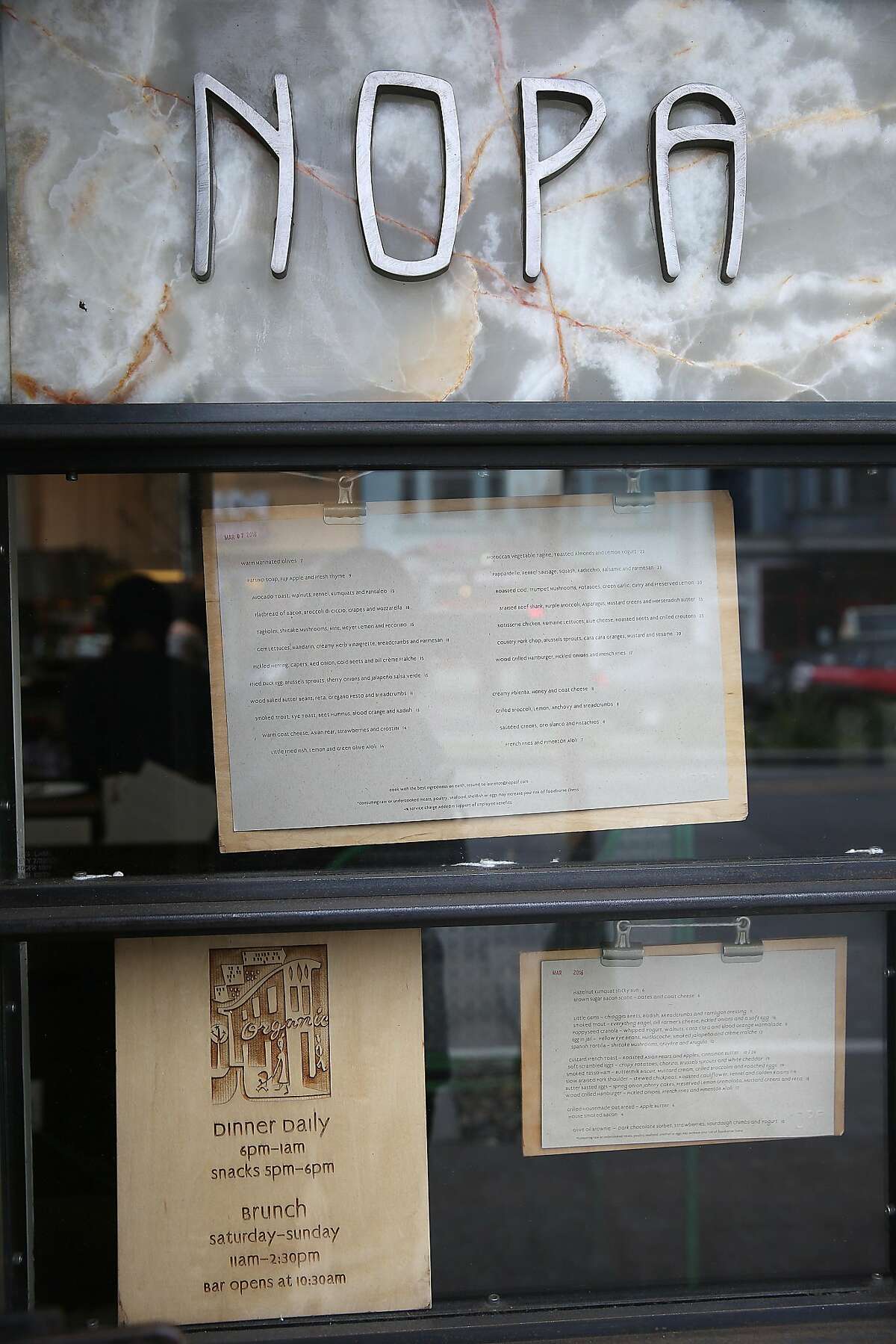 We could use at least three NOPAs, because even at midnight it can be hard to score a table at this Divisadero favorite where the wood-grilled hamburger served with picked onions and fries might be the best tasting food at the end of a big night. 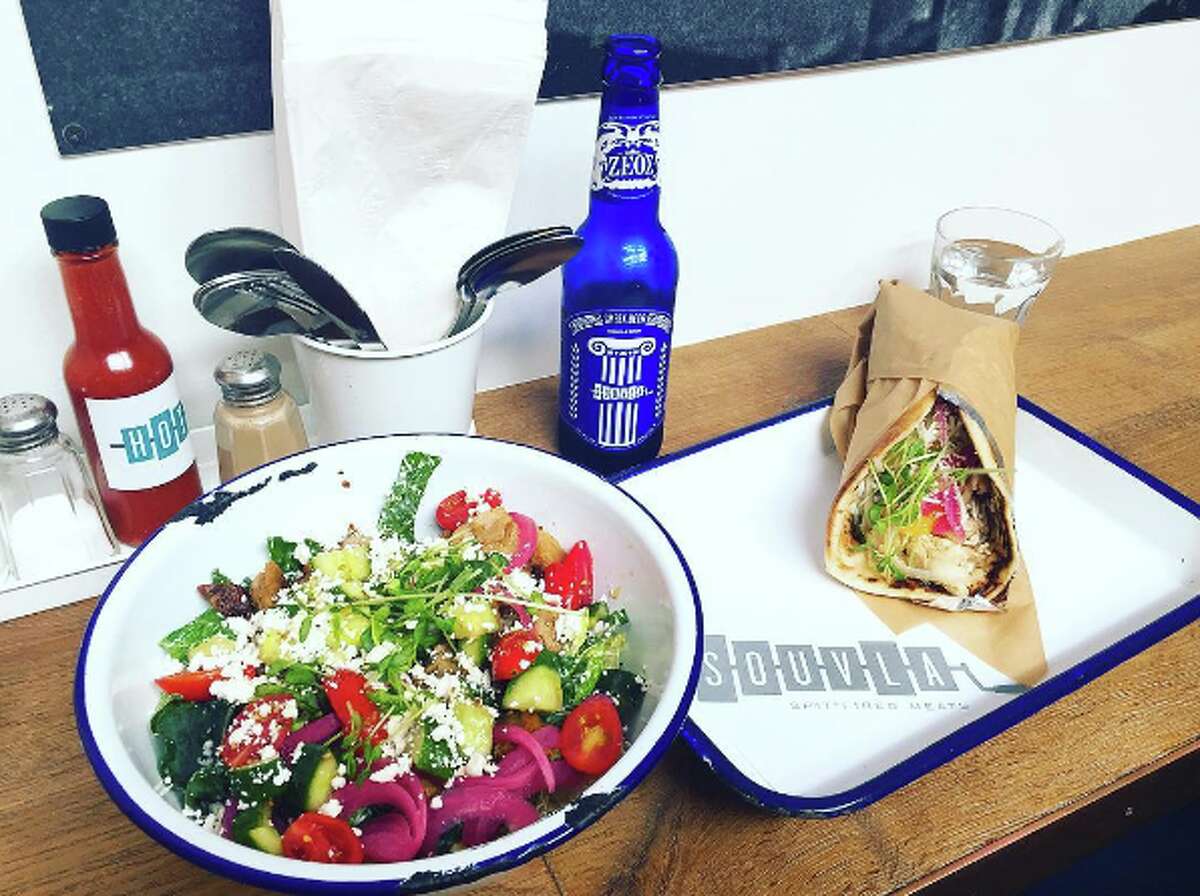 , with locations in Hayes Valley and NoPa, has quickly become a hot spot for affordable Greek, and higher-priced Kokkari is a long-time favorite for special occasions. But this isn’t enough. S.F. locals polled on what’s missing in the food scene, said again and again, “More Greek.” 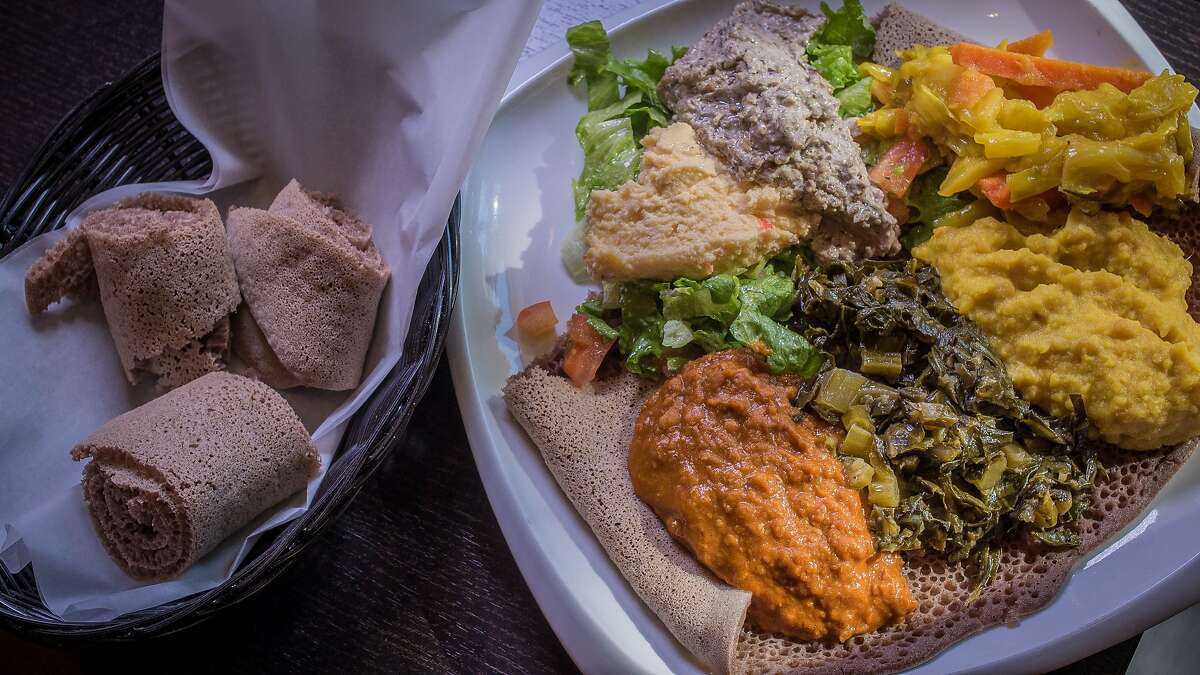 The most highly rated Ethiopian restaurant in S.F. on Yelp is Tadu, and if you haven’t been, you should go and try the vegetarian plate. But this place is tiny and best for take-out; the city could certainly use a restaurant with food this good but better atmosphere and more seating. 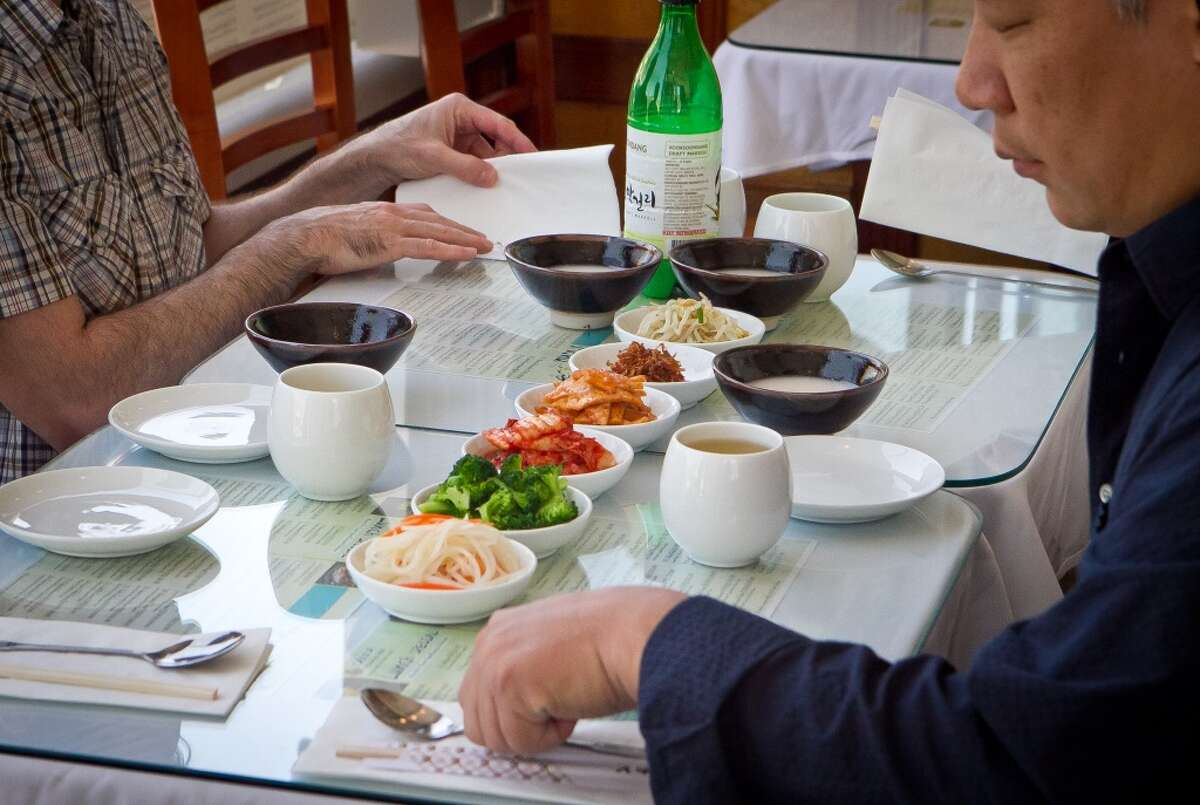 What many would consider the city’s best option for Korean, Manna at 845 Irving St., has only about 20 seats and the wait can be an hour or more. Yep, we desperately need more Korean. 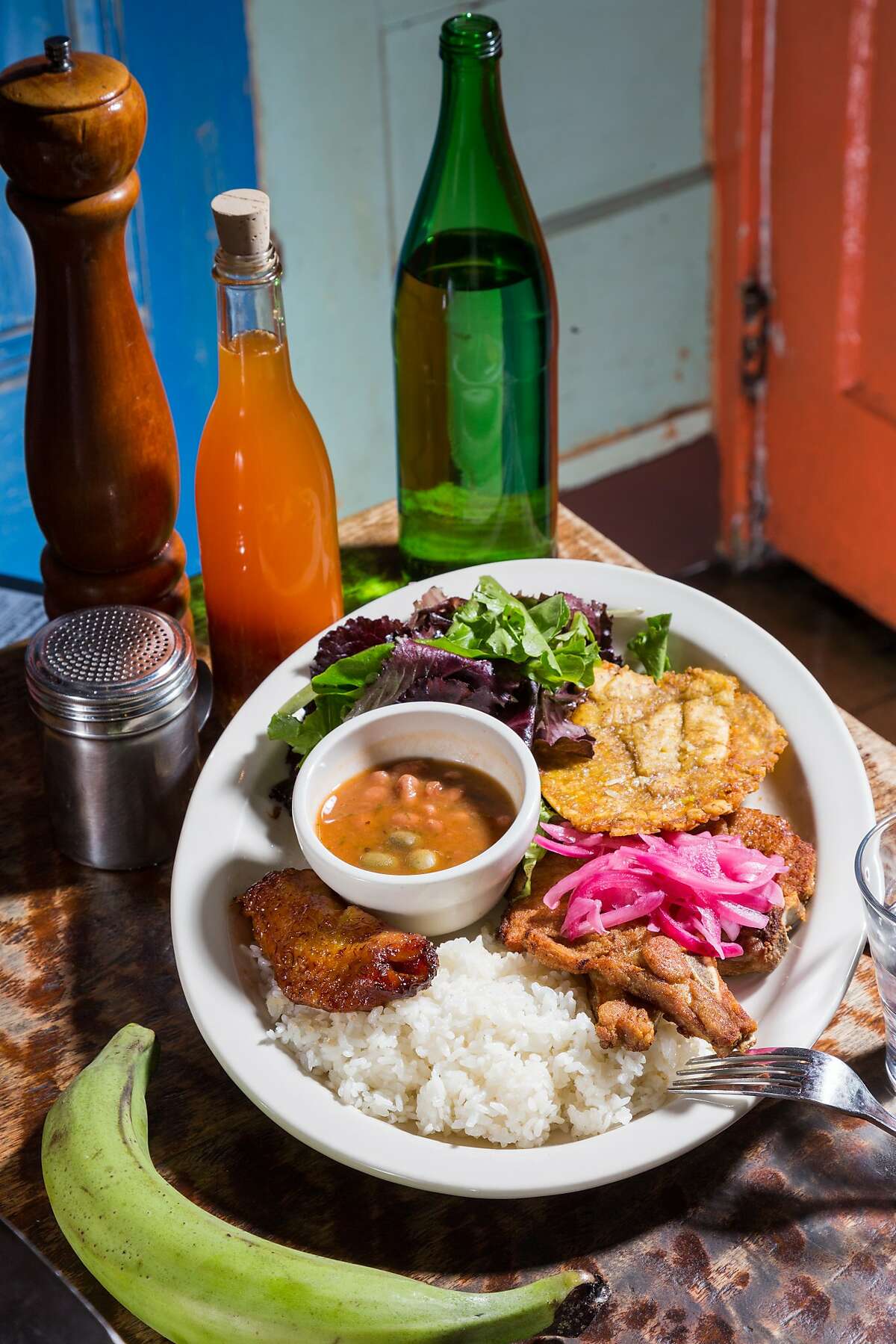 If Marin’s hugely popular Sol Food could open an S.F. outpost that would fulfill the need. Pictured: A plate of fried pork, plantains, tostones, rice and beans, and salad at Sol Food in San Rafael. 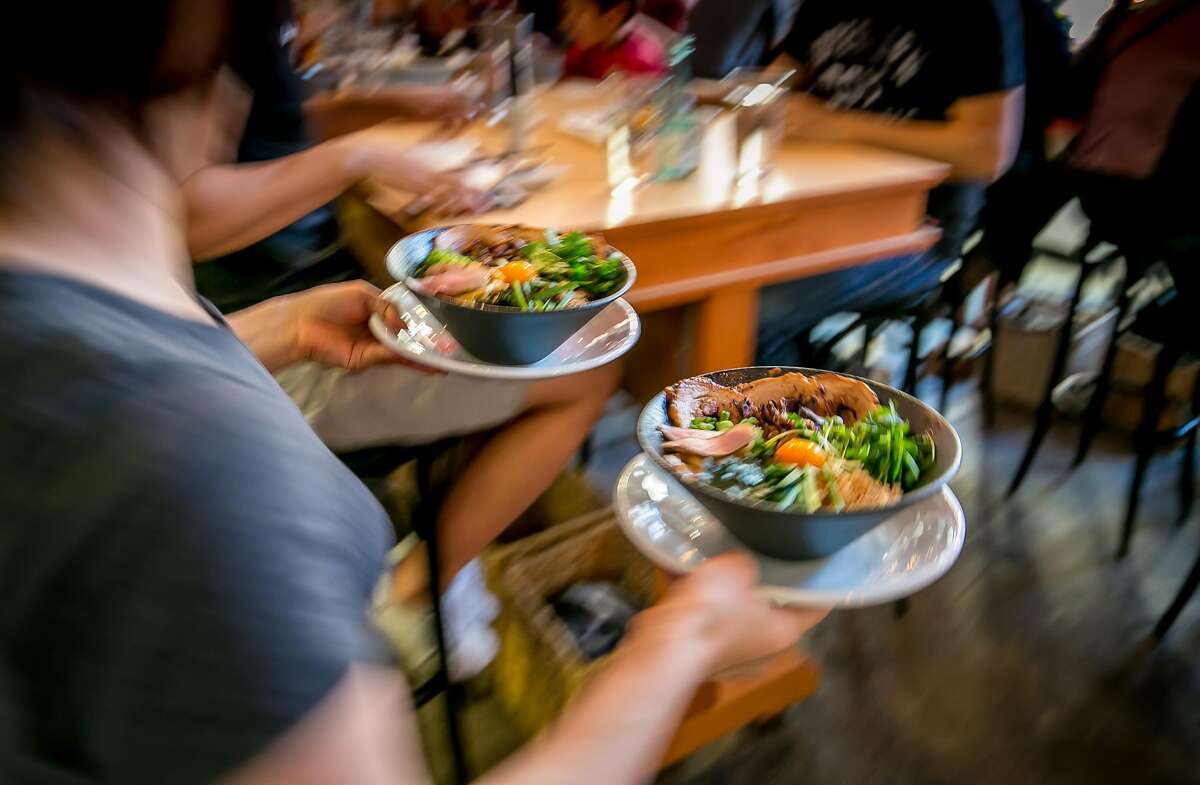 We’re so very close, thanks to Mensho on Geary and Nojo Tavern in Hayes Valley, both ramen bars hailing from Tokyo and opened in 2016. But those familiar with the soups served in Japan are saying “close but no cigar.” 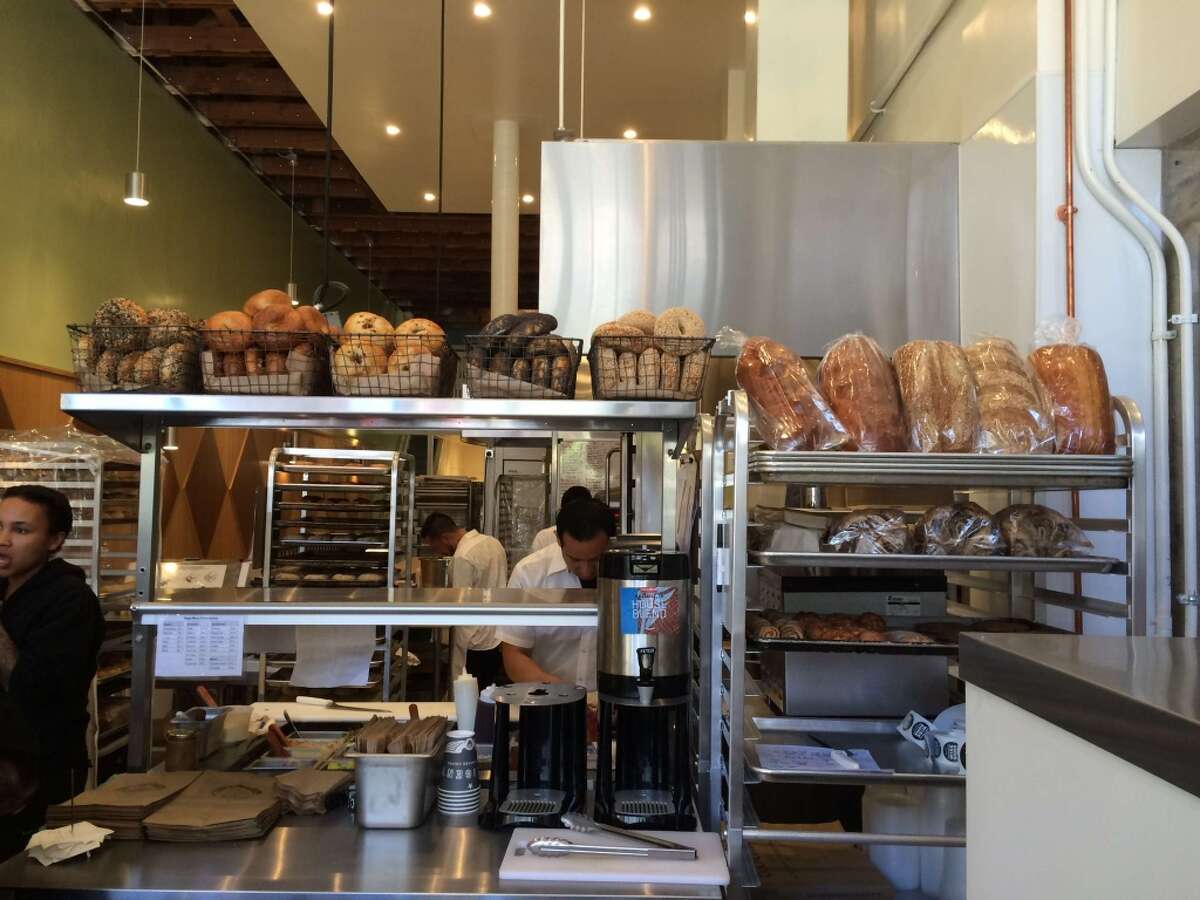 Even if you believe that Wise Sons (pictured) filled the need for a real NYC-style bagel, you probably agree that more options are needed. Blame it on the water, which supposedly holds back our quality. 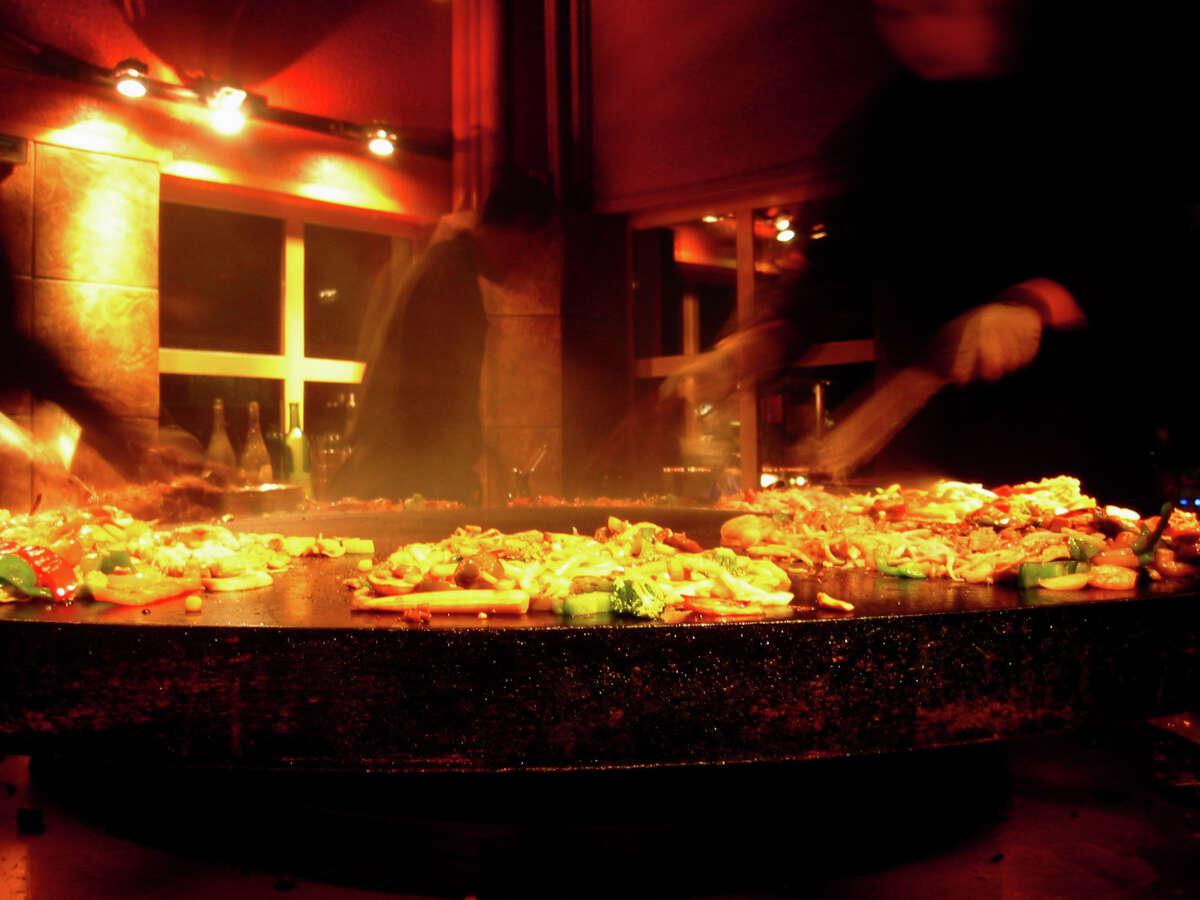 It’s healthy, great for families and usually inexpensive. Sacramento has a Mongolian restaurant, why doesn’t S.F.? 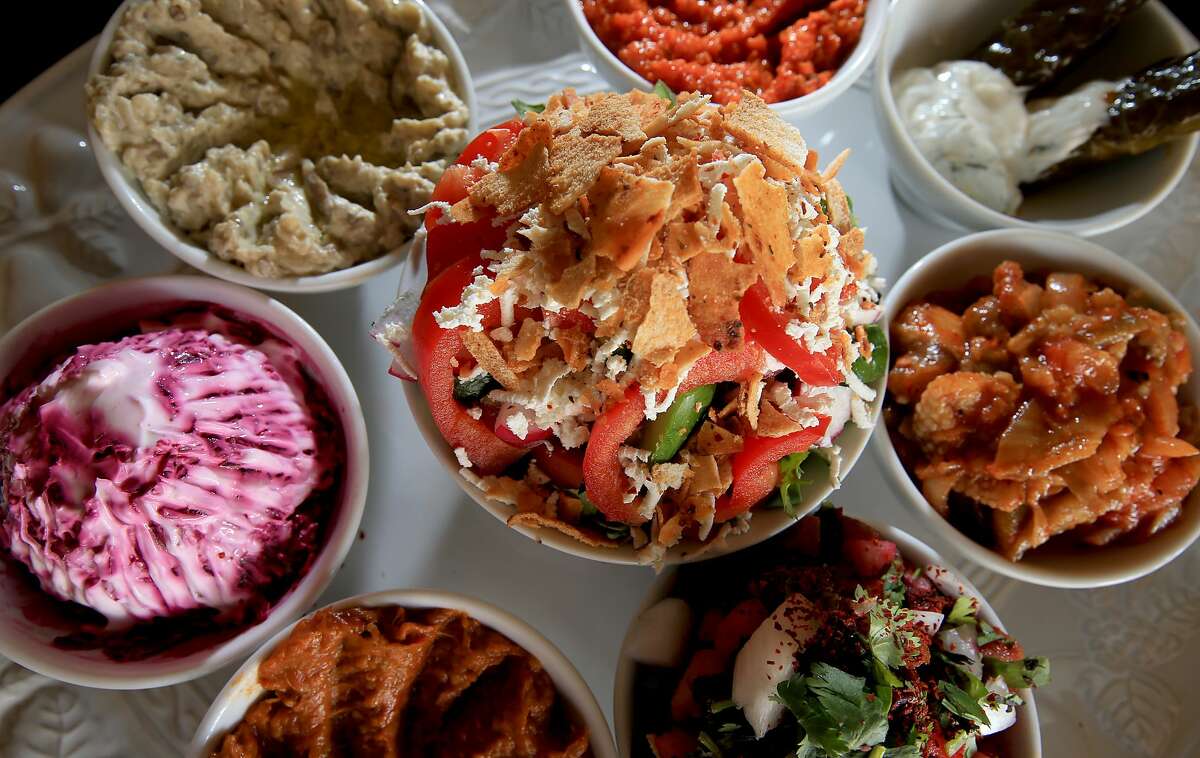 This city needs at least one serving up fresh salads, stuffed grape leaves, Armenian eggplant dip, mutahbul, ajika and fattoush salad. In fact, we couldn’t find a single Armenian restaurant in all of the Bay Area. Pictured: The popular Adana Restaurant in Glendale. 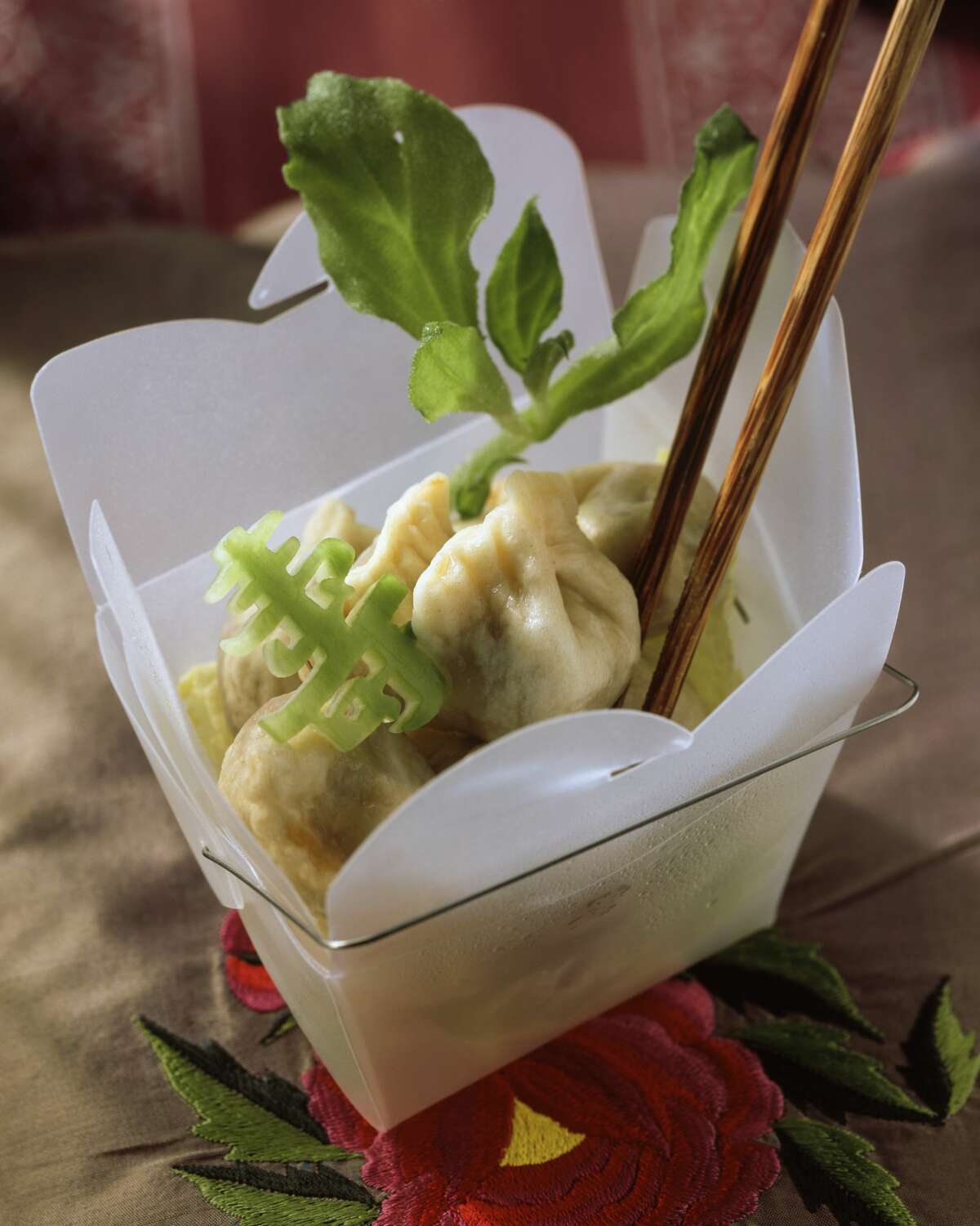 If you’ve ever lived in NYC, you know just how weak the options are here in S.F. Just look at all the startups ordering to pick up some takeout for you. But who needs the middle man? 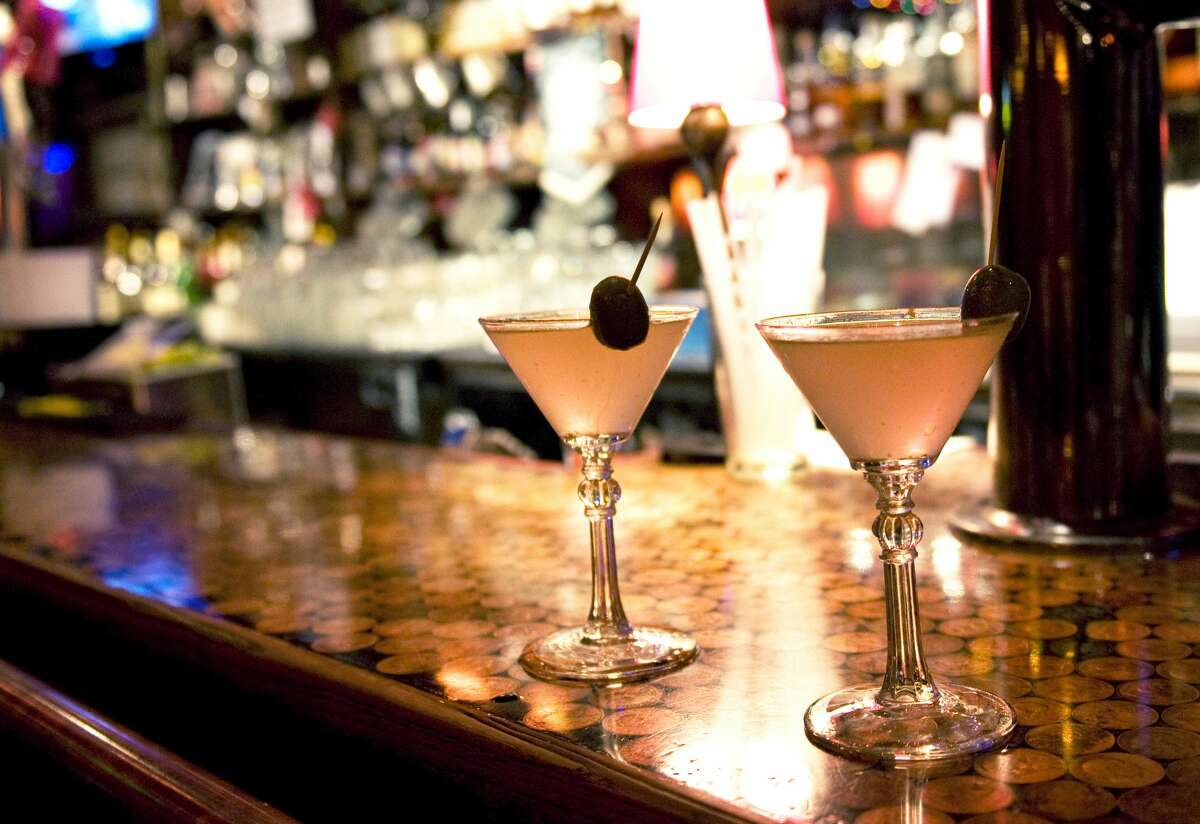 And aren’t only being served during Happy Hour. 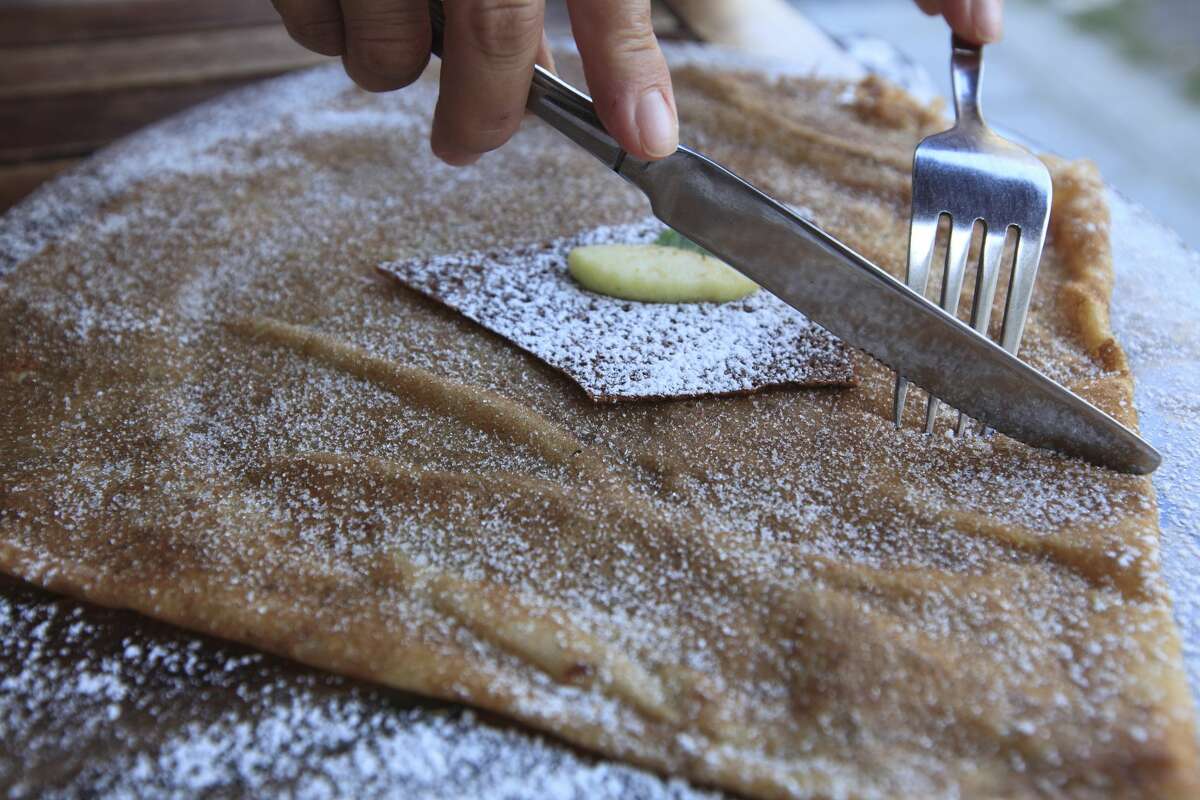 Around Union Square. Along Valencia at night. Downtown at lunch. Carts would be flooded anywhere people might be in need of a quick, yummy bite. And the crepes need to be thin and made with buckwheat and filled with more than Nutella. Think lemon and sugar, mushroom sauce, ham and cheese. 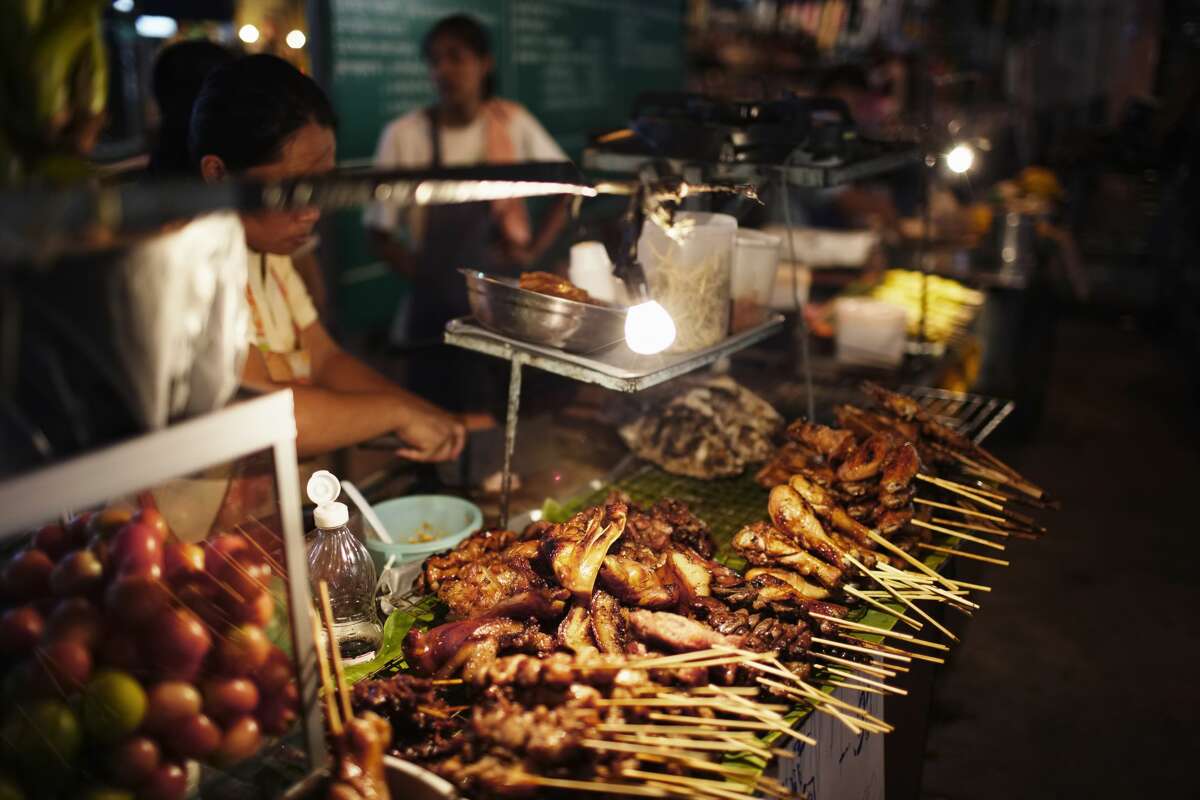 Imagine you walk out of a bar at the end of a night, and there’s a food stall dishing up smokey skewers of meat, piles of vegetable stir-fry, bowls of steaming noodle soups. Yes, bacon-wrapped hot dogs can hit the spot, but more interesting, inventive options for street-side late-night cuisine would be greatly appreciated. 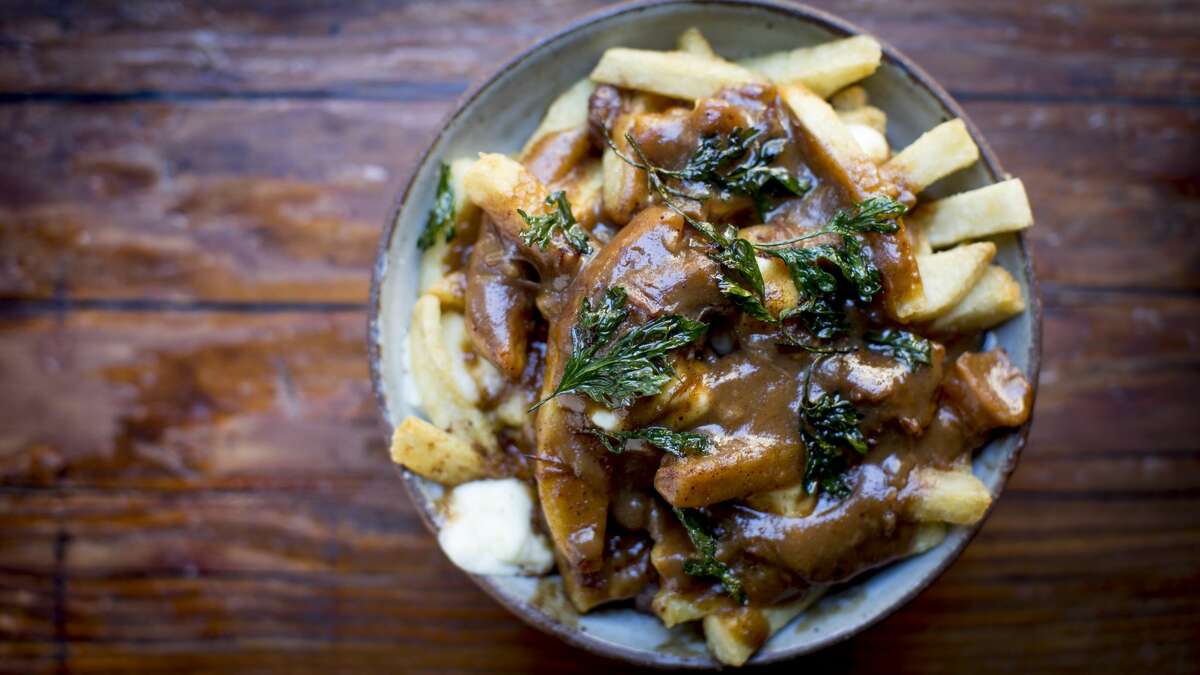 Over at Salt House in SoMa, you can count on finding a delicious gourmet version of this Canadian dish, but some S.F. locals would like to see the more traditional humble version—a messy heap of fries drowning in gravy and cheese curds—appear on bar menus. 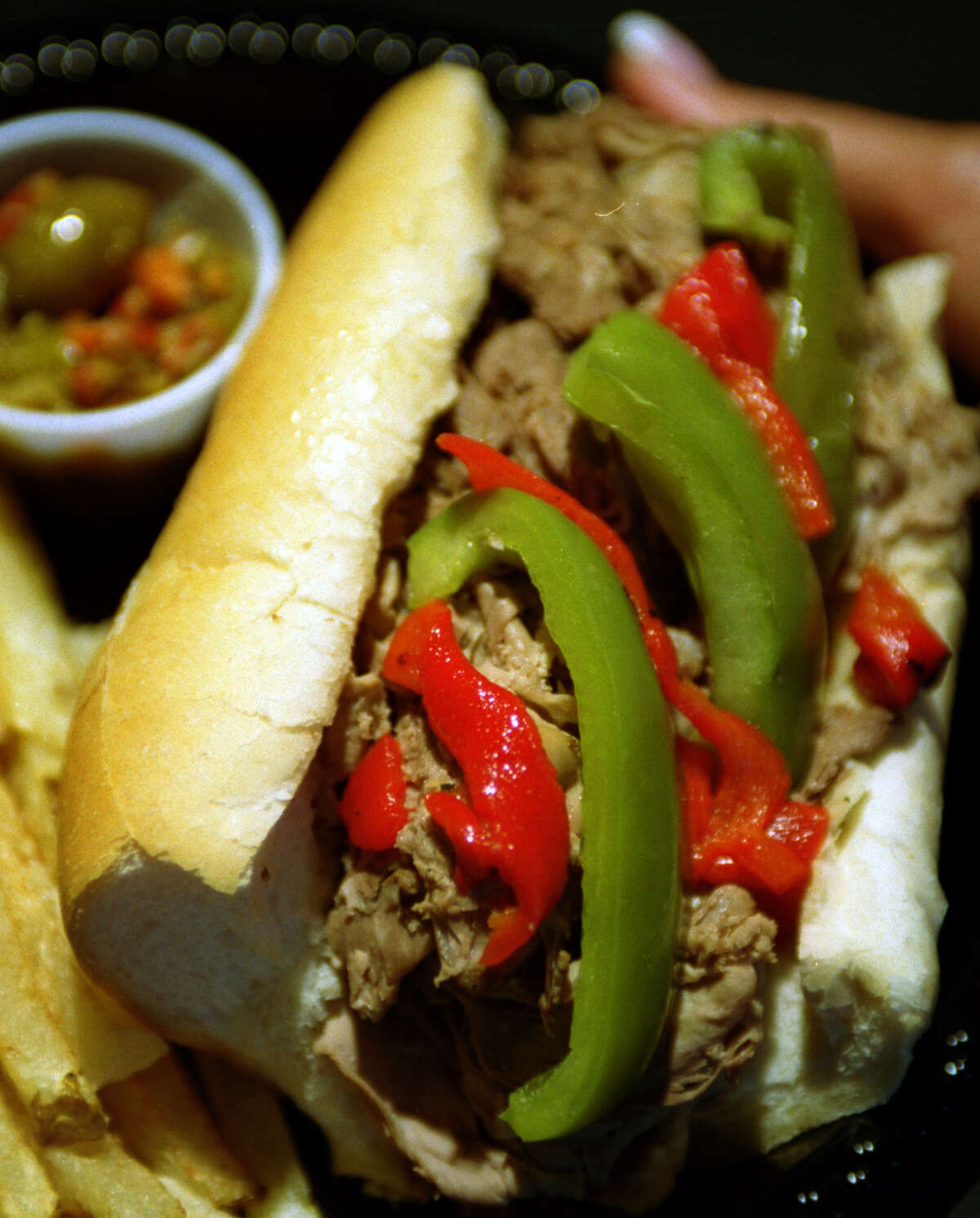 SFGATE polled readers through social media, asking what’s missing from the S.F. food scene, and this Chicago staple was the second-most requested item after “better pizza.” 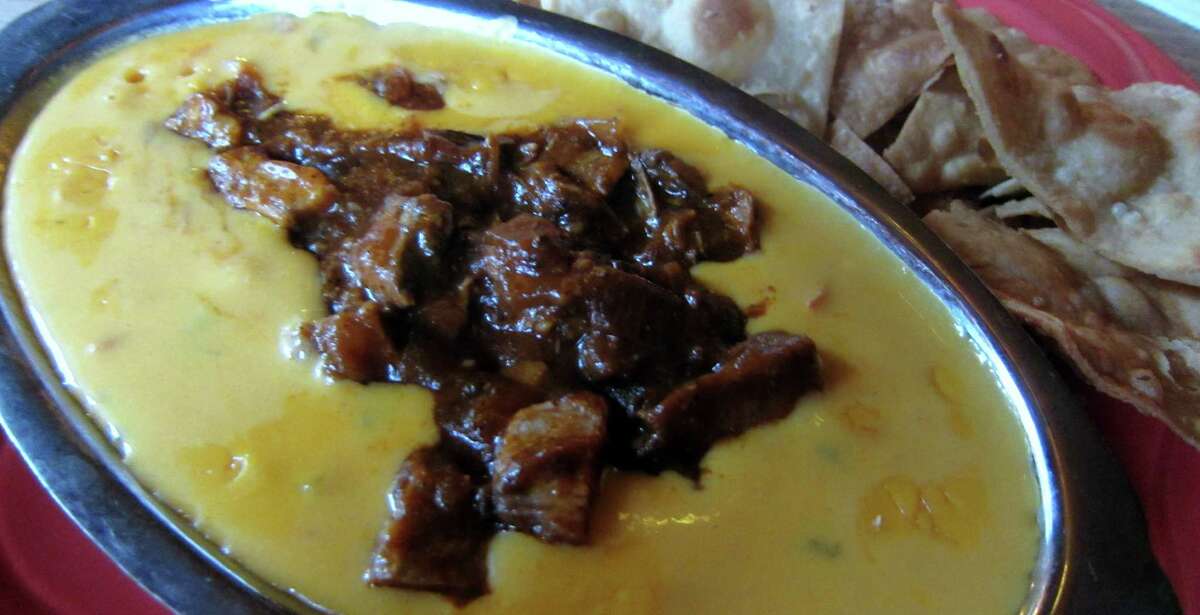 Good Tex-Mex is a need and especially that velvety cheese fondue festooned with spicy chiles and served with a basket of tortilla chips. 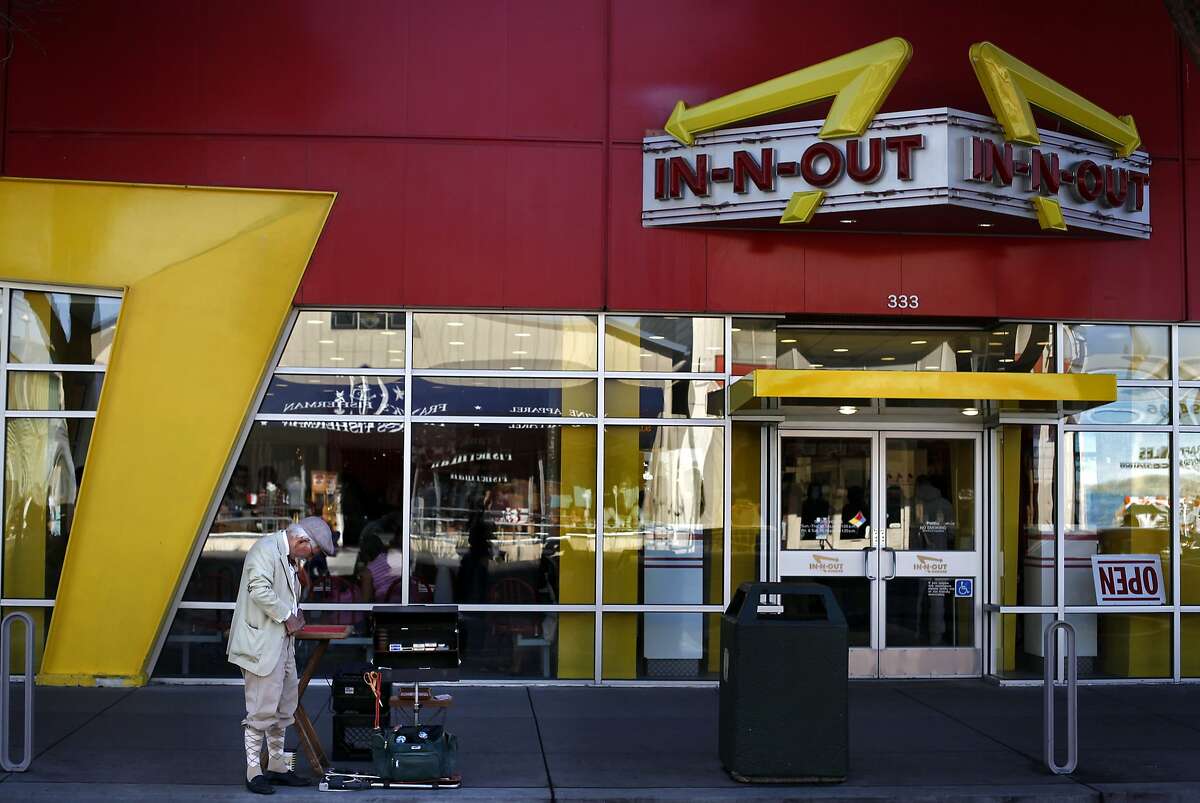 Locals shouldn’t have to brave the maddening tourist scene at Fisherman’s Wharf for a burger. One more location, preferably with a drive-thru, would be greatly appreciated. 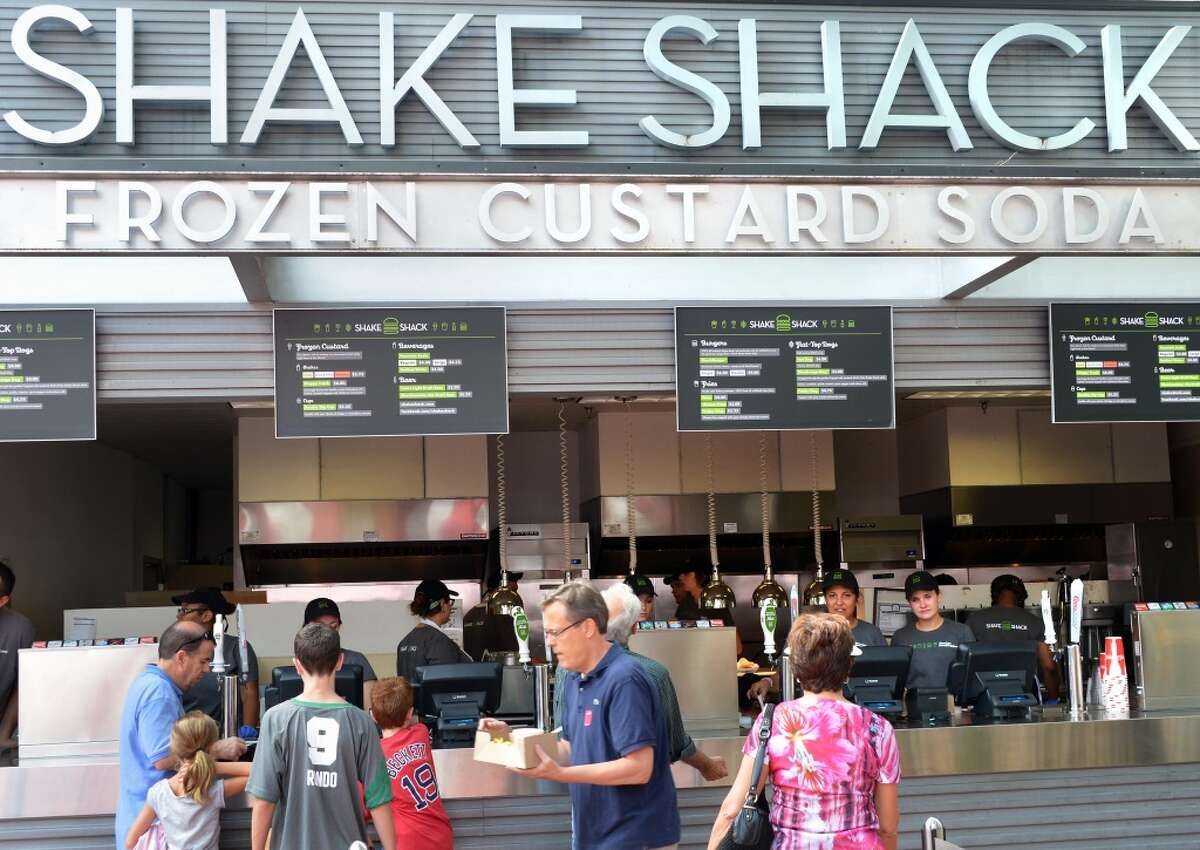 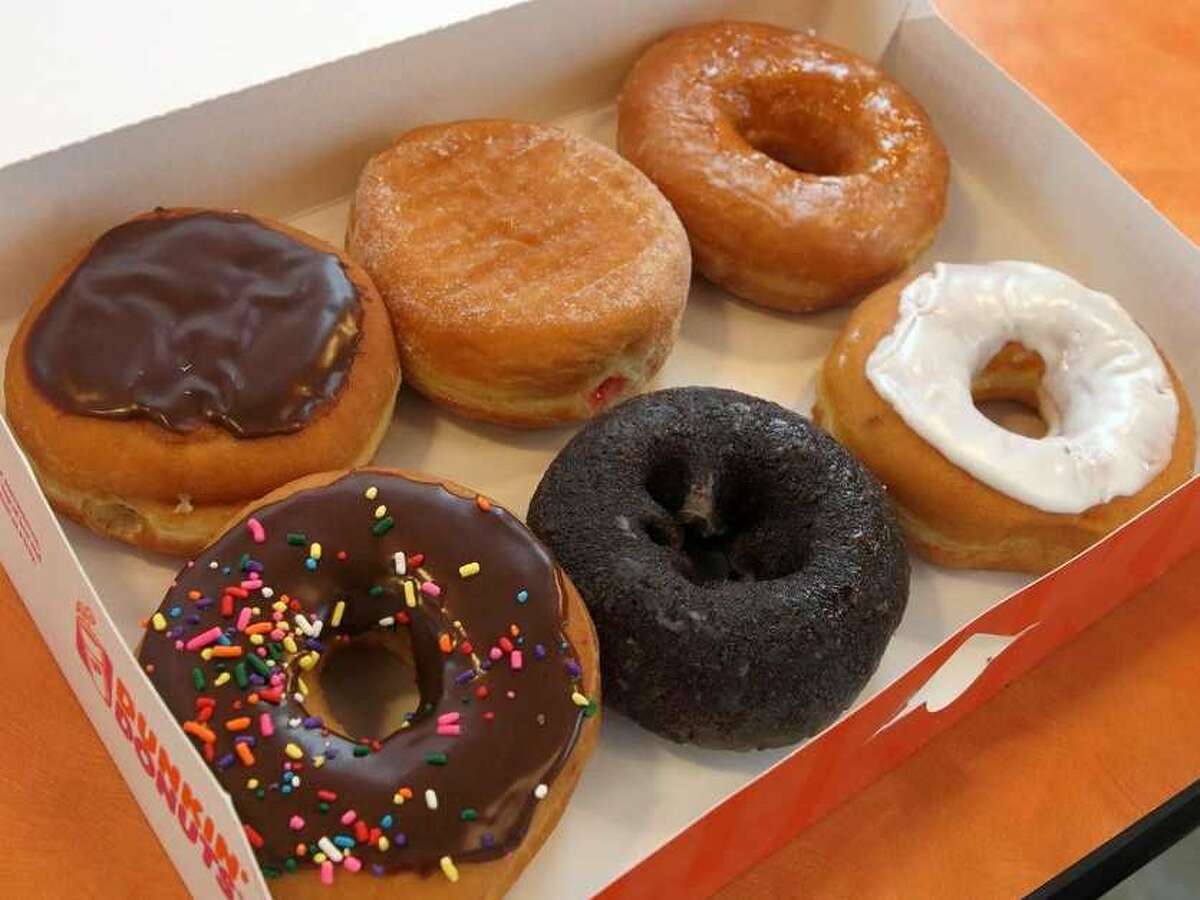 This East Coast franchise recently brought Boston Kremes and Strawberry Dreams to Walnut Creek and Half Moon Bay. But what about San Francisco? We want cheap coffee too! 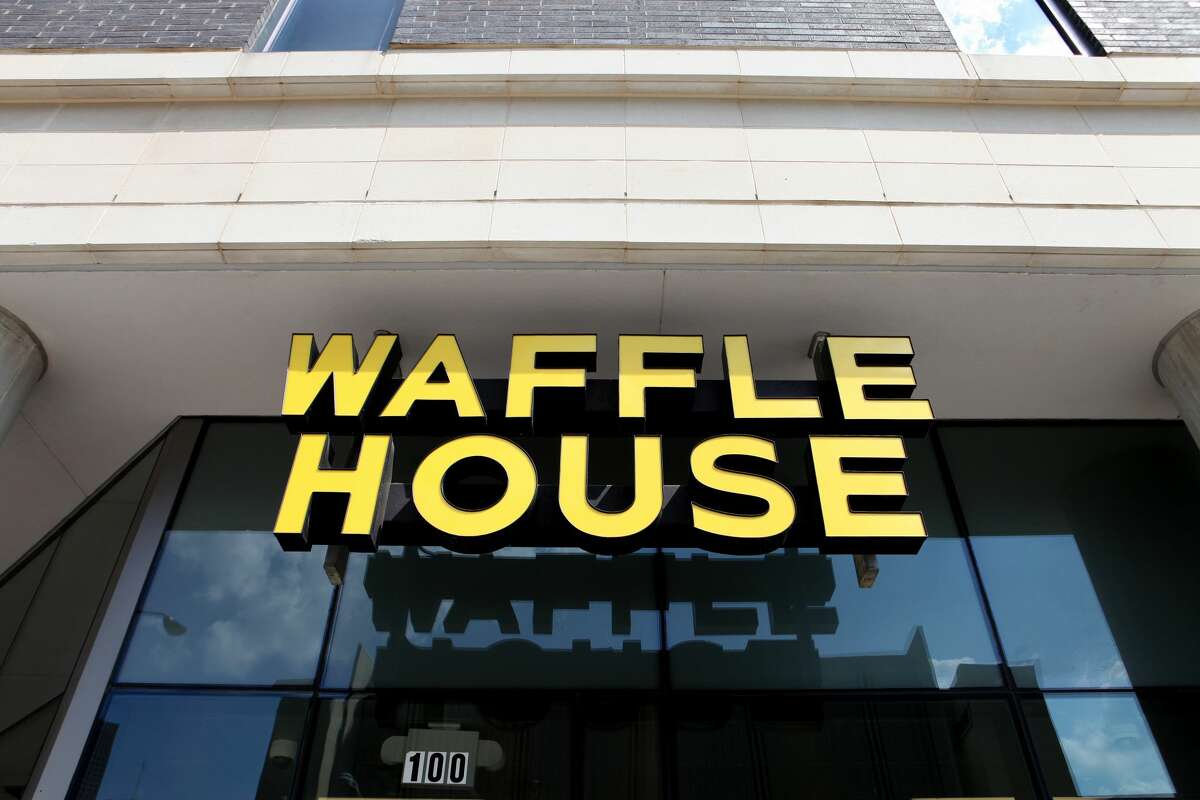 Those who want one of these yellow-roofed diners in S.F. might just be feeling homesick for the South, but who can argue that a cheap, fast place dishing up grits, hash browns and crispy waffles wouldn’t be a good addition to the city’s food scene? 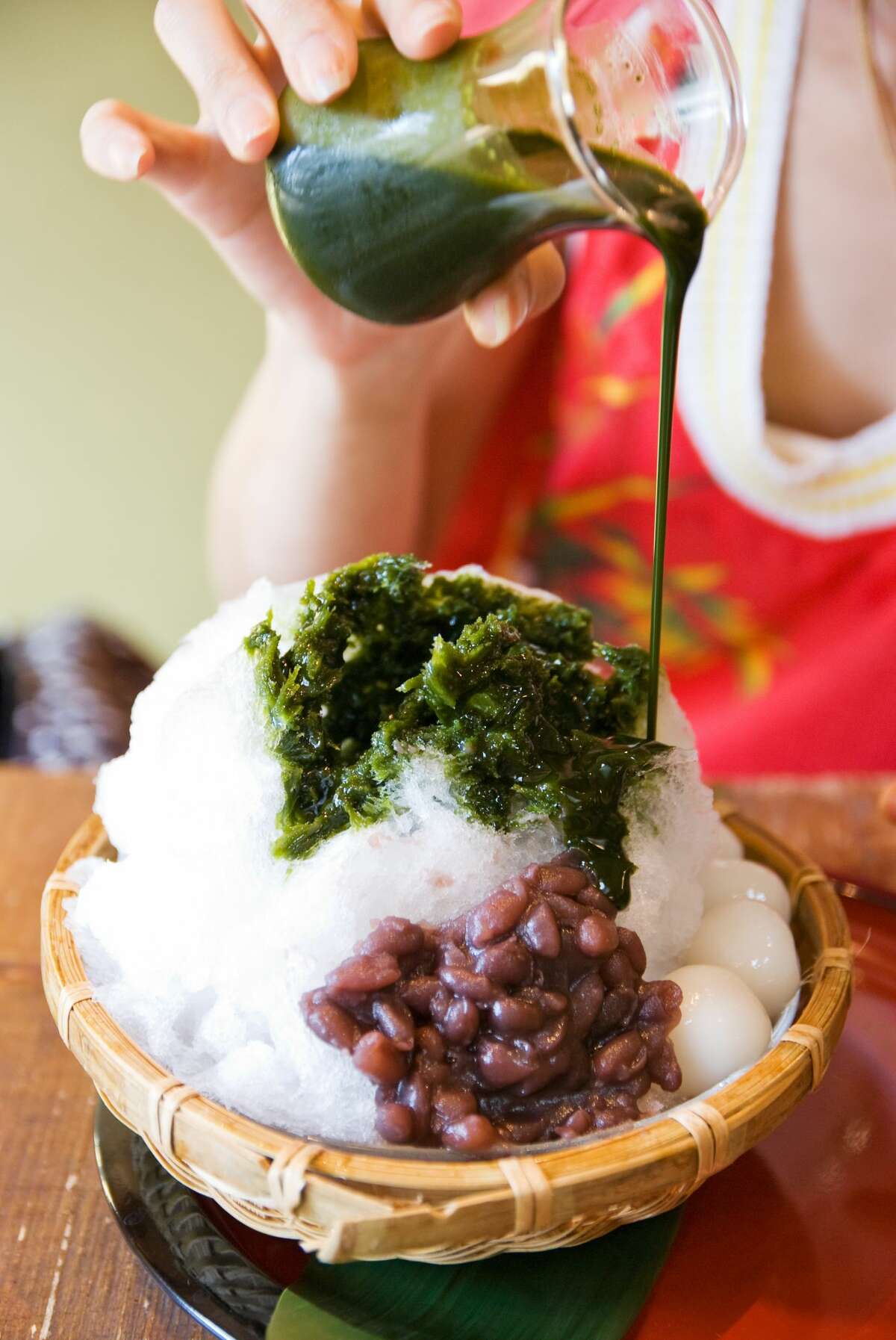 Hong Kong, Korea, Singapore…these countries are all known for their icy powder topped with fresh ingredients and syrups made from real fruits. None of that bubble gum-tasting artificial stuff! Even in foggy San Francisco, a shave ice stand done right could do well. 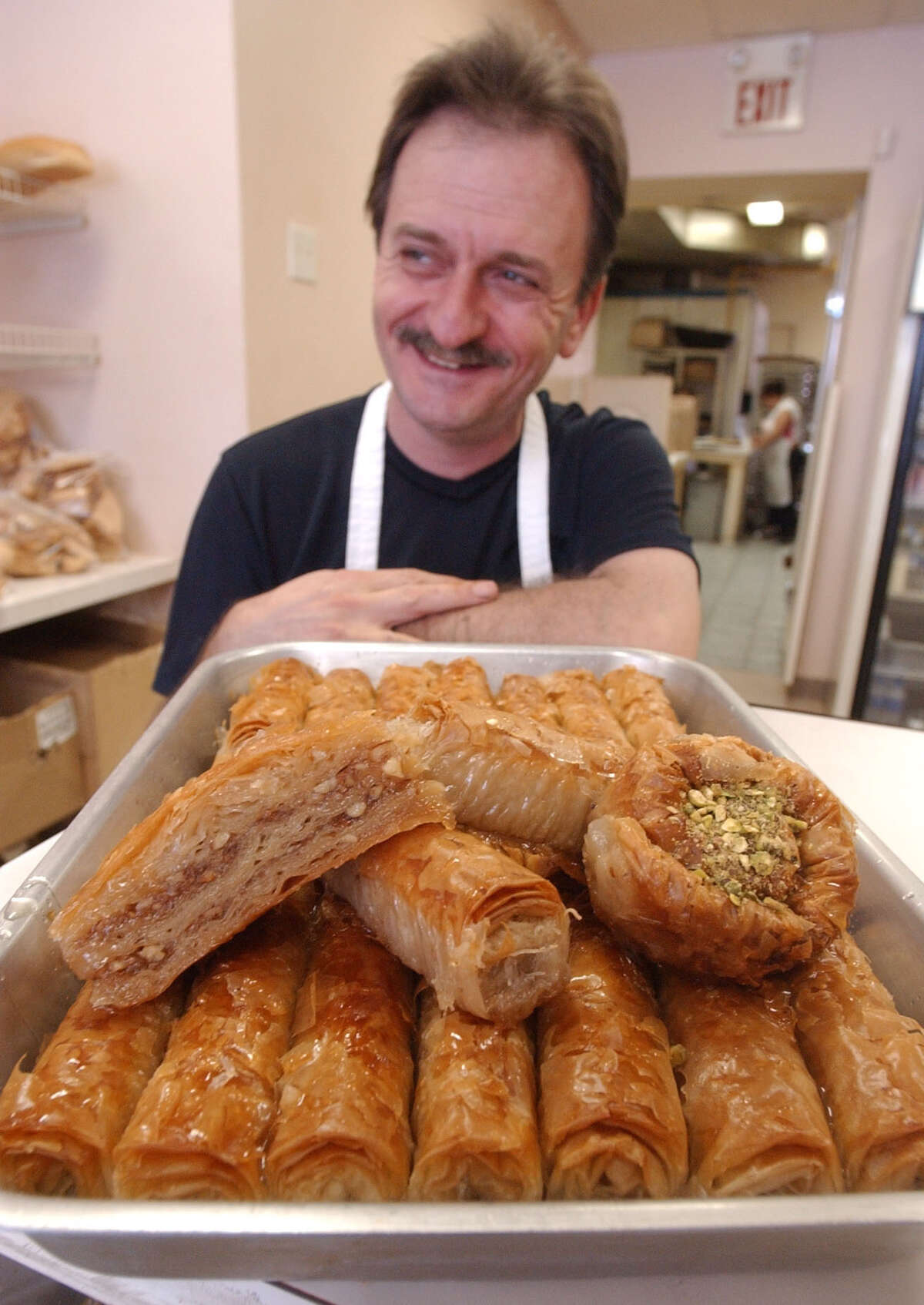 Yes, we have places that sell good baklava, but do they bake nine different kinds? And what about pistachio shortbreads, sesame ladokoulouros, cinnamon biscuits, spinach-and-cheese pies? An authentic Greek bakery would certainly fill a void. 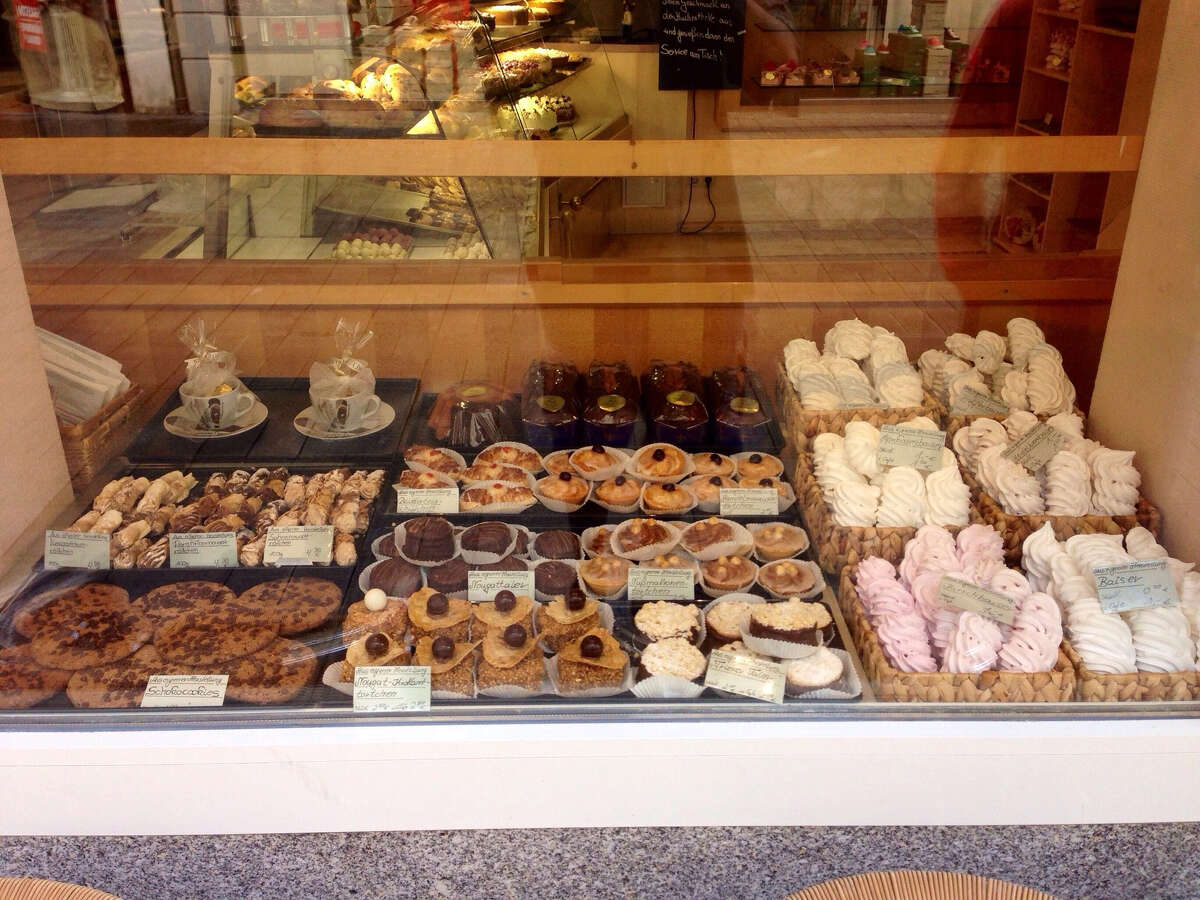 If you’re going to make a case for a Greek bakery, then a pitch for a German was is in order. It would need to make real vollkornbrot bread made from 100 percent pumpernickel and schwarzbrot, traditional black bread. 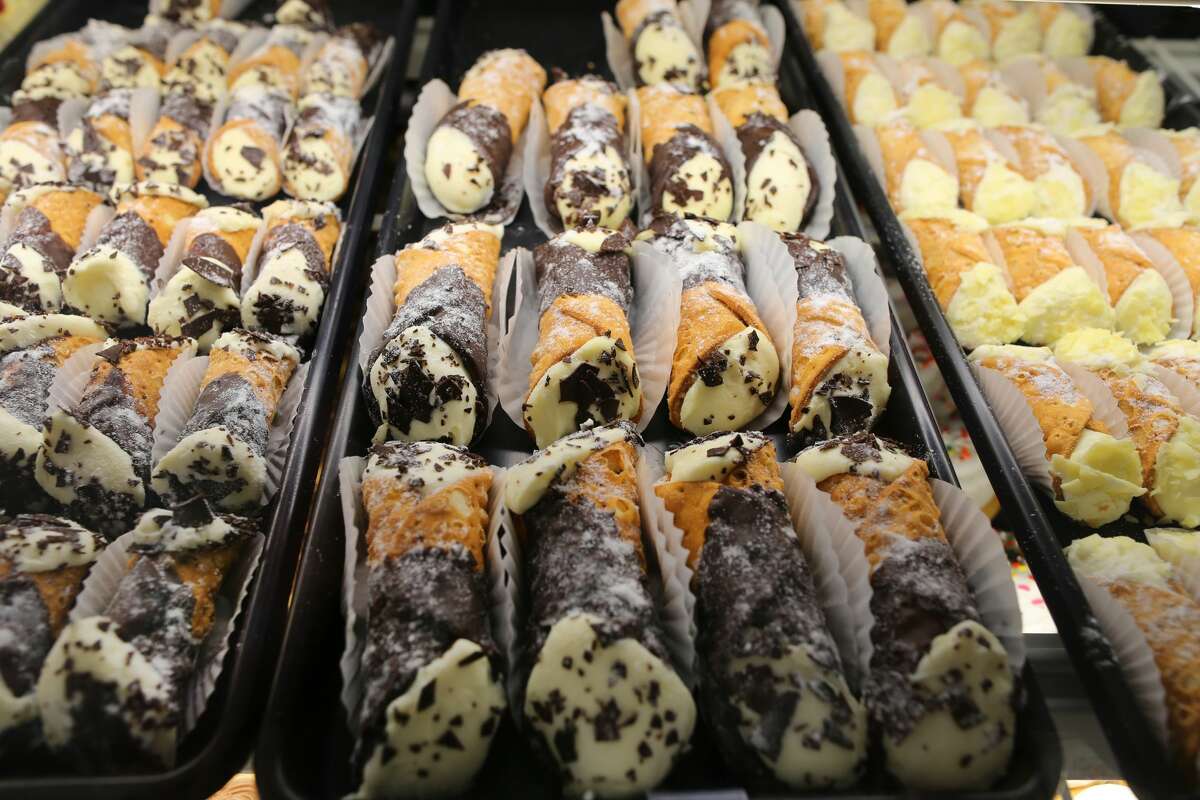 You can find good ones in North Beach, but many S.F. locals said they wanted ones like you can get in New York, Boston, and, of course, Italy.

Here, everything from hole-in-the-wall dives to white tablecloth restaurants are drawing on cuisines and cultures from around the globe and using ingredients plucked from fields just outside the city to deliver diners vividly flavored foods that delight and thrill the tastebuds.

But of course, anything can be better, and so we tapped into social media to ask readers what they think is missing from San Francisco’s food scene. Lower prices, later hours and better pizza were the most common suggestions. But in many cases readers provided specific answers for foods they missed from their hometowns, like sopapillas served with honey from Texas and deep-fried sauerkraut balls from the Midwest.

Videos brought to you by

. Sign up FREE and get access to thousands of high-quality cooking videos here. Upgrade today and get your first month Grokker Premium for just $1 by entering the code SF100 at upgrade.

We combed through all the suggestions to come up with the list above, and we hope you’ll offer more suggestions in the comments.

Amy Graff is the news editor for SFGATE. She’s a Bay Area native and got her start in news at the Daily Californian newspaper at UC Berkeley where she majored in English literature. She has been with SFGATE for 12 years. You can email her at [email protected]

Newark aims to revive home ownership for residents through the Landbank...