The Newark Fire Department ordered the evacuation of a church after a fire burned rubbish outside the church this afternoon.

Officials said heavy flames burning on 118 7th Avenue extended to St. Lucy’s Church at around 2:30 p.m. and sent firefighters to the scene to fight.

Upon arrival, officials raised a second worker alert when flames met in the church and what appeared to have entered the building’s attic.

Rescue workers were called to the scene as a precaution, while the fire brigade spanned several lines to get the fire under control.

The cause of the fire is being investigated, there are currently no injuries. 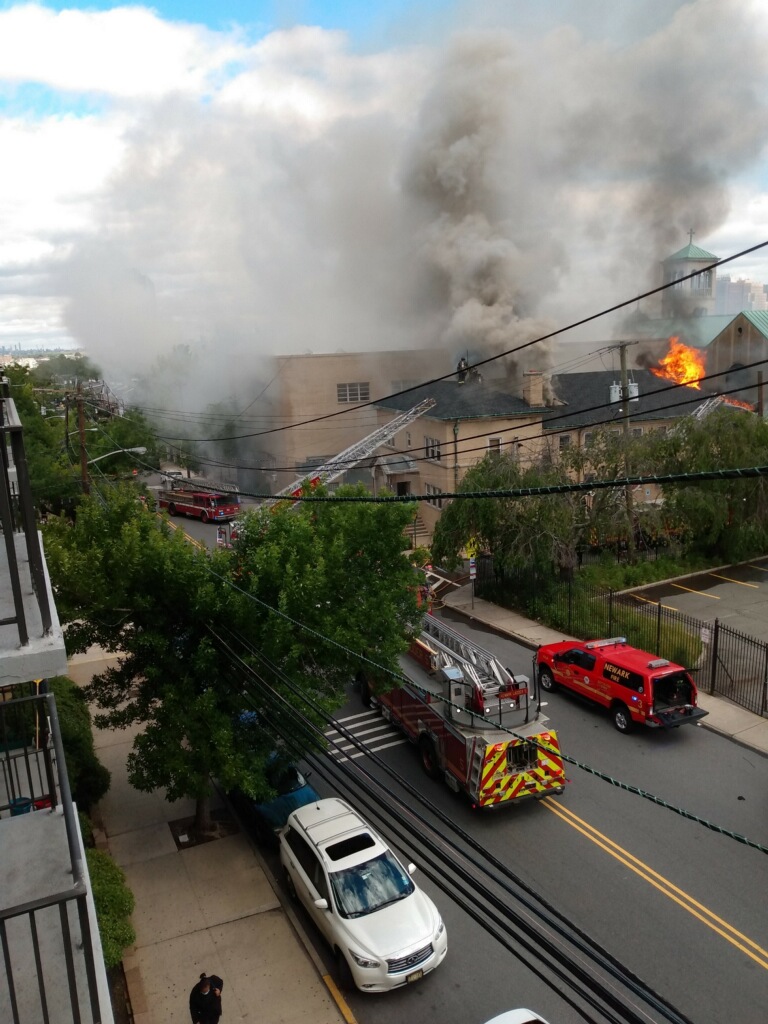 Our field service team from RLS Metro Media will stay with them and inform us about further breaking information.

The Mayor of Newark says the Harriet Tubman memorial, which replaces the Christopher Columbus statue, is “poetic”.

Morrisons, which has a Newark store, is replacing the loyalty card...

The event plan for ‘The Halo’ in Newark now consists of...